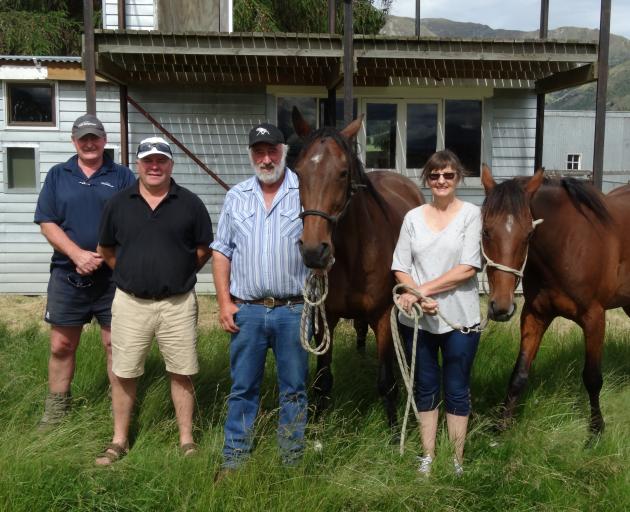 About 2000 people attended the annual event last year, and Hawea Picnic Racing Club chairman Paul Cunningham was hoping to ''repeat that again'' tomorrow. There was plenty of potential for more growth, he said.

Despite the event being held annually for at least 70 years, many people did not know of its existence.

It also provided something a bit different from the other activities around the Upper Clutha during the Christmas period.

''I think people, if they have a good run on the lake, they get a bit sick of it and look for something a bit different,'' Mr Cunningham said.

''You've got everything from sack races to egg and spoon races for kids, all those good old things,'' he said.

''People can come and have a picnic, there's barbecues available, soft drinks, raffles. There's something for everyone,'' fellow club member Gerry Shaw said.

The day will consist of a series of pony events in the morning run by the Hawea Wanaka Pony Club, before ten races in the afternoon.

A classic car collection and various other attractions will also be on offer.