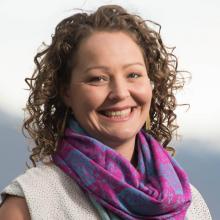 Ella Lawton.
A by-election in the Wanaka ward is expected to cost significantly more than the $22,000 it cost the Queenstown Lakes District Council in 2015.

District councillor Ella Lawton is expected to resign from her Wanaka ward seat by April 24, triggering a by-election. She will run for the Dunstan ward seat on the Otago Regional Council left vacant after the death of her mother, Maggie Lawton, earlier this month. The last time a by-election was held for a seat on the Queenstown Lakes District Council was in 2015 when then Arrowtown ward councillor Lex Perkins resigned.

The cost of the by-election was $22,779, with most the cost associated with printing and posting ballot papers. A council spokeswoman said while no budget had been set it was expected a by-election in the Wanaka ward  in which 7804 people were enrolled would cost significantly more than the one held in Arrowtown which had 1997 enrolled. If only one nomination was received that person would be declared elected and printing and postage would not be needed.

Only one person, former councillor Jude Battson, has so far indicated they will stand for the Wanaka ward seat.

Once Cr Lawton officially resigned an election needed to be held and a new councillor elected within 89 days.

Cr Lawton said she understood the inconvenience and disruption a by-election caused but hoped the Wanaka community understood she was doing something she believed in.

"I believe the benefits to the Wanaka community from my being on the ORC will far outweigh the disruption caused by my resignation from the QLDC."

Board chairwoman Rachel Brown thanked her for her work and said all the board members understood her decision.

Queenstown Lakes  Mayor Jim Boult said a by-election was not an ideal situation but it was something councils had to deal with from time to time. He did not know the exact cost but understood it would be about $30,000.

Having a new councillor elected to the council so early in the three-year term was unlikely to cause any issues, he said.