By George Block and Mark Price
1 Comment
Tributes are flowing for Wanaka pilot Nick Wallis and the two Department of Conservation staff killed in a helicopter crash near Wanaka Airport this morning.

Police have confirmed there were no survivors and that there were three people on board.

The crash comes less than three months after Nick's brother and fellow pilot, Matthew Timothy Wallis, was killed in a helicopter crash in July. 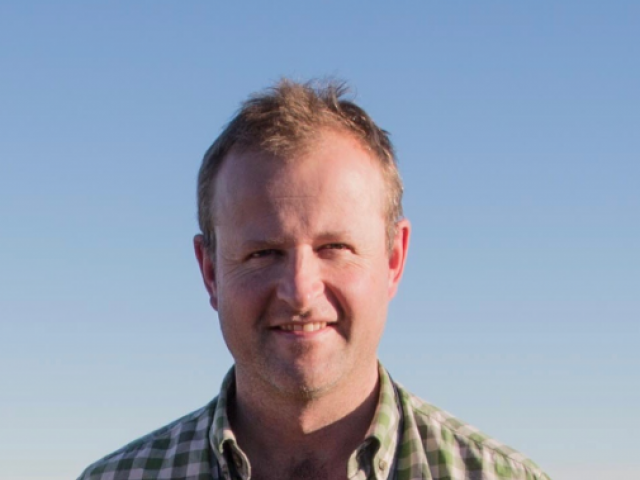 Matthew Timothy Wallis was killed in a helicopter crash in Lake Wanaka in July. Photo: NZ Police
The body of 39-year-old Matthew was discovered in the wreckage at the bottom of Lake Wanaka on July 23, two days after the crash.

Meanwhile, Doc has put its tahr control operation on hold as it focused on supporting the families and colleagues of staff killed.

It is understood Nick Wallis was flying a leased Hughes 500 and crashed shortly after takeoff.

A police spokeswoman said a member of the public called emergency services shortly before 11am reporting smoke coming from the aircraft.

The helicopter was believed to be bound for Makarora, and the Doc staff were understood to be involved in Tahr Cull operations. An empty Doc vehicle could be seen at the airport car park this afternoon.

Nick Wallis was the director and general manager of Alpine Helicopters, and the youngest son of Sir Tim Wallis, who founded the popular Warbirds Over Wanaka airshow.

The ODT understands police were meeting with Sir Tim Wallis this afternoon to inform him of the tragedy.

Sir Tim, who is in poor health, had been in hospital for the past month, but was now back at home.

A spokesman for the family said they were not in a position to make a statement.

Warbirds Over Wanaka Community Trust chairman John Gilks said the tragedy would have a huge impact on the Wanaka community.

"It's in the realm of being almost unbelievable. The community will be devastated over this.''

"He was a man's man and yet a real gentleman. The person I feel deeply sorry for is Nick's wife ... and their children.''

Doc director general Lou Sanson said he was "devastated" by the news and knew all of those killed.

Mr Sanson said the department was supporting family and colleagues of the staff who died and he was on the way to the region.

“We are still trying to come to terms with this morning’s tragedy. Our hearts go out to the families of the Doc workers involved.”

Doc will be liaising closely with police and will not be commenting further at this stage.

RNZ are reporting that Prime Minister Jacinda Ardern has confirmed Doc staff were on board.

Otago Lakes area commander Inspector Olaf Jensen confirmed this afternoon three people were on board the helicopter and there were no survivors.

The victims’ families had been notified and police working to support them, Insp Jensen said.

"We acknowledge this is the second helicopter crash in the Wanaka area in recent times and the impact this will have on the local community."

The scene would be secured overnight and police are working with other agencies on scene examination and recovery of the victims’ bodies.

The Alpine Group tourism general manager David Hiatt said in a statement that at 10.51am today, a helicopter with three people on board, left Wanaka Airport for the Landsborough Valley.

The helicopter failed to reach its destination, he said. "We would ask for your respect at this time."

Former NZDA president Bill O'Leary said: "All our members, indeed hunters everywhere, will join in expressing their deepest sympathy to the families of those lost."

A former Doc worker who has flown with Nick Wallis on many occasions said it was a brand new Hughes 500 helicopter that was super safe.

"It will be really interesting to find out what has happened here. I can't believe it would a pilot error as Nick was super experienced and a really talented pilot."

He said Wallis ran a well-organised operation and they were using a brand new machine that was specifically designed to be super safe.

Alpine Helicopters' website describes Nick as the youngest of the Wallis brothers. He had 3000 flying hours under his belt and was also a licensed helicopter engineer.

The brothers' father, Sir Tim Wallis, was well-known as a pioneer of the live deer recovery industry in New Zealand and the founder of the Warbirds Over Wanaka airshow.

Sir Tim had survived 15 air crashes with the last one, in 1996 in a World War II-era Spitfire ending his solo flying career and nearly his life.

In 1964, Sir Tim bought his first helicopter and crashed while learning to fly the following year.

The first life-changing crash was in 1968. He was rescuing stock near Queenstown, after a snow storm, and flew his Hiller chopper into power lines.

He injured his spine and wasn't expected to walk again - but did, with the help of a caliper on his left leg.

In 1989, with fuel problems, it crashed in a forced landing at Waipukurau. Another crash followed during a landing in 1992 at Blenheim.

But it was in a different Spitfire in 1996 that Wallis nearly died while taking off at Wanaka.

It was a flight in preparation for that year's Warbirds over Wanaka, the hugely popular airshow he had founded in 1988.

The Transport Accident Investigation Commission (TAIC) has opened an investigation.

The TAIC said it was believed the helicopter was a Hughes 500.

TAIC chief investigator of accidents Captain Burfoot said: "We are in the early stages of gathering information about the aircraft, the circumstances and the people on board."

At a media stand-up in Wellington today Capt Burfoot said: "We know very little, pretty much what I've just told you now that there's an accident near Wanaka Airport on farmland, we believe that there was a fire involved and that the helicopter crashed, and that there's no survivors, that's all we know at this stage."

Three investigators were travelling to the site tonight and it would be under guard until tomorrow morning.

"We are working with the emergency services currently on site, who have initial control of the scene."

Alan McKay, who looks after a property next to the Doc land where the crash happened, said he followed emergency services to the site.

"We were only a kilometre away when the accident happened and we never heard a thing.

"I was on my way home and saw lots of flashing lights, so followed them down. It just looked like a camp fire, there was virtually nothing left.

"It didn't look like it was spread over a distance, it's a flat paddock, Doc land beside private property."

Mr McKay said the weather was "perfect" and there was no breeze.

"I'd say it's just a very very unfortunate accident. It's a sad day for Wanaka.''

An eye witness told The New Zealand Herald that the crashed helicopter had "burnt right out."

"There's nothing left of it. Unbelievable."

A St John spokesman said ambulances and two helicopters were called to the scene but had been stood down.

Otago Daily Times Wanaka bureau chief Mark Price said he could see the crashed helicopter on a river flat about 100m from the Clutha River and a couple of kilometres from Wanaka Airport.

Flames and smoke were evident prior to the arrival of emergency services, but little of the helicopter was visible.

Fire appliances, ambulances and a variety of vehicles from airport and helicopter related businesses attended the scene which has been cordoned off by police.

A Fire and Emergency New Zealand member told the ODT that Luggate and Wanaka volunteer crews were called.

Condolences to the family.