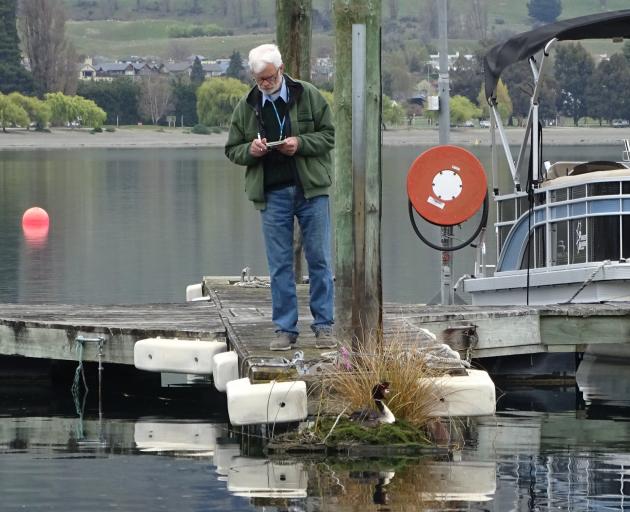 Retired zoologist and Lake Wanaka Marina grebes project founder John Darby said he had been watching the behaviour of the pair on floating platform number five and was fairly certain there was an egg in the nest.

''At 1.30pm [yesterday] I kayaked out to the nest to have a look but the bird wasn't prepared to get off the nest so I put my hand underneath it, lifted it up slightly and there was a very fresh egg there.''

Grebes usually laid a clutch of three to four eggs over a four or five-day period and Mr Darby expected more eggs would appear in the nest.

He said grebes incubated each egg for about 27 days and within an hour of hatching, the chick would climb up on to the back of an adult. 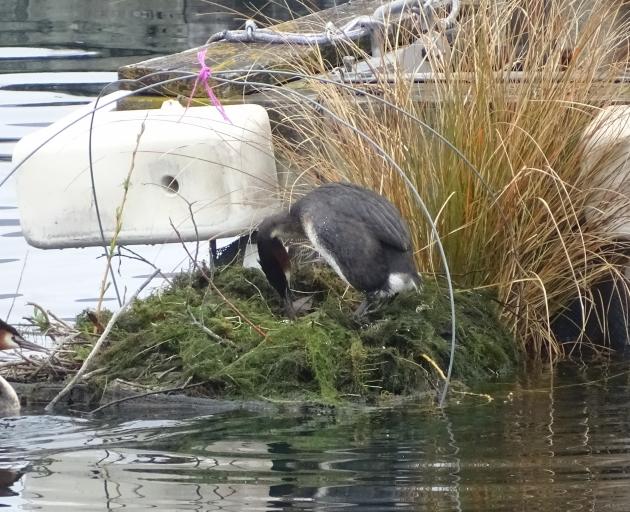 An adult grebe turns the egg after the other delivered extra nesting material to their nest beside the Wanaka marina.
''It is a very interesting strategy and I don't know if any other bird species does it. My guess is it is a way for the chicks to avoid predators approaching from the land.''

This is the sixth year Mr Darby has been running the grebe project and his expertise in rearing grebes has spread across the Tasman.

On Sunday he received an email from Bob Kerr, a farmer in northeast Victoria, who said a pair of Australasian grebes nested on their billabong but in the last few years they had not produced any eggs.

''As the water levels in our billabong vary ... I am contemplating building a floating platform similar to those you have built at Wanaka.

''It would be greatly appreciated if you can advise me which particular model you would recommend,'' Mr Kerr said.

Mr Darby said the Australasian grebes and the New Zealand grebes were the same species and both had threatened species status.

He said this breeding season at the marina was not looking to be a good one, as only one other pair of birds was showing nesting behaviour.

The peak year so far was 2017, when there were 37 attempts at breeding, and 13 pairs of birds produced eggs. 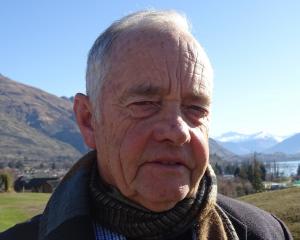