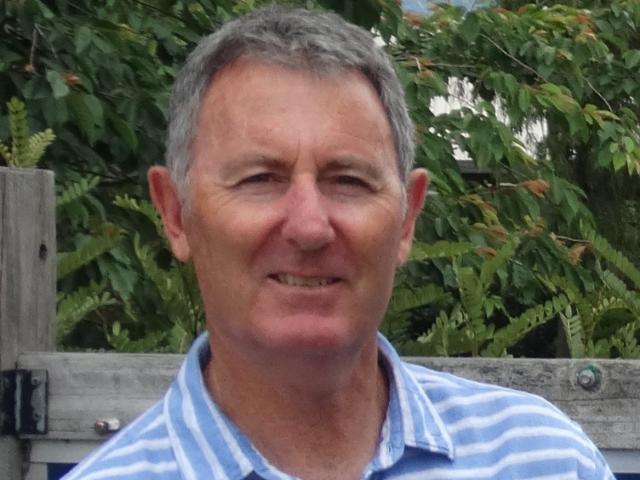 Wayne Bosley.
Significant growth in the Wanaka region has led to local schools swelling in numbers, raising concerns about capacity and teacher shortages.

Wanaka Primary School began the year with 675 pupils, and numbers are expected to grow to at least 750 by the end of term 4.

The rapid rise reflects how quickly the population of the resort town has grown.

The Wanaka Primary School roll has grown 83% since 2011 and the college has experienced a 50% increase since 2012.

The rolls at both schools were up 10% compared with the beginning of last year.

The college has had biggest intake of year 7s, 164 fresh faces starting this year.

Principal Wayne Bosley said it was an ''exceptional'' intake, and had changed the dynamics of the school.

''We've always had over 100 year 13s because of the hostellers and for a very long time they were our biggest year group. But now the junior school has really caught up.''

He said both year 7s and year 8s were spread across six classes this year, an increase of one class at both levels from the same time in 2017.

In December, the college received a $13million grant from the Ministry of Education to build 18 new classrooms, and provide space for 1050 pupils.

Now, barely two months later, the growth is such that development plans may have to be revised.

''It's an issue. The planning processes are virtually under way and we'll have specific planning meetings [this month],'' Mr Bosley said.

''We think we'll still continue to grow but we believe the ministry realise it and it'll be controlled growth.''

With the neighbouring public swimming pool set to make way for the new pool in Three Parks (set to open in May), he hoped to expand the school into that space.

While it was too early to confirm, he said the car park for the pool could be used for classroom space.

Despite the major growth, Mr Bosley said the college was not suffering from the nationwide teacher shortage. Nine new staff members had been hired.

''We have continued to create new positions if appropriate and each has been filled. We have not had to consider dropping options or sharing classes as a result of not having the staffing,'' he said.

However, the same could not be said for nearby Wanaka Primary School.

Principal Wendy Bamford said while its full-time staff had not been affected, its relief teaching pool was suffering.

''We're finding it really difficult to find casual relief teachers. If we have a day where a number of [full-time] teachers are away or on leave, we struggle to find replacements.

''It's become really hard for us to fill new-entrant classes. If we appoint a local then we use our relieving pool,'' she said.

Mrs Bamford said the number of applicants for vacancies had dropped significantly.

However, there was no concern about space at the school at this stage, as the school had been constructed in pods, eight in total, providing four or five classrooms apiece.

''We make sure to hire extra teachers to keep our class size manageable,'' she said.

Pressure should be relieved once construction of the new $16million primary school in the Three Parks subdivision is complete. Construction is set to begin sometime this year.

Queenstown Primary School principal Fiona Cavanagh said a new teacher recruited from Auckland had been unable to find accommodation for herself and her family in the resort.

The family were now in a caravan in a holiday park, and had a month to find somewhere permanent.

''It's terrible - there's just nothing and it's so expensive.

''We've got school houses but they're all taken.''

Accommodation was needed for the resort's schools to attract the best staff, Ms Cavanagh said.