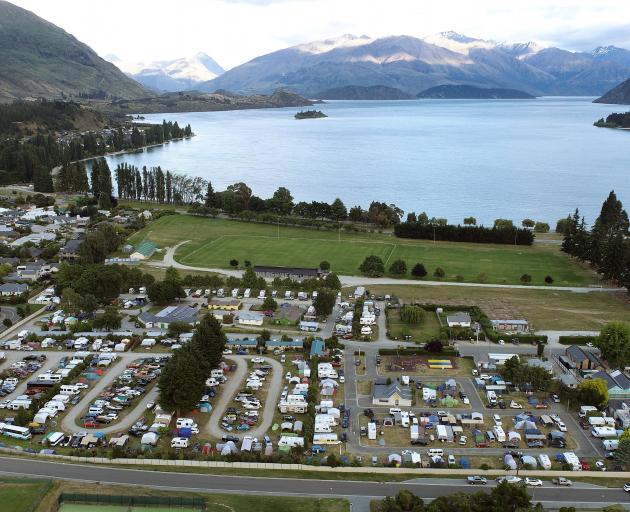 For two weeks every year, the Dunedin families put down their phones and turn off the television to go fishing and play games.

This is the seventh summer in a row the families, who are related through sisters Helen Manly and Nicky Gibbs, have occupied the same holiday park tent site.

They begin arriving from December 26 and by New Year’s Eve, the group had swollen to at least 15 people.

Ollie and Arlya said they enjoyed fishing and boating the most. Ollie had caught a salmon in the Tekapo Canal the day before and he hoped his next fish dinner would be a Lake Wanaka trout. 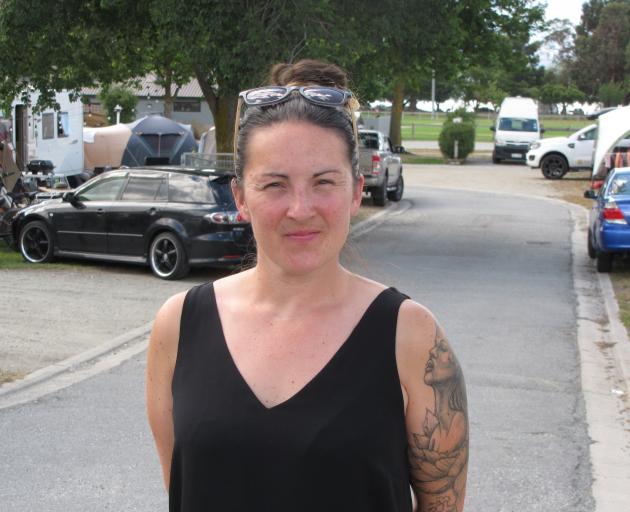 Natalie Ward is employed by lessees Rudi and Aggi Sanders to manage both the Wanaka Lakeview Holiday Park and the Albert Town camping ground.

"This year, it was very quiet in the lead-up to [Christmas] but then it was just chaos with everyone coming up at the same time," she said. 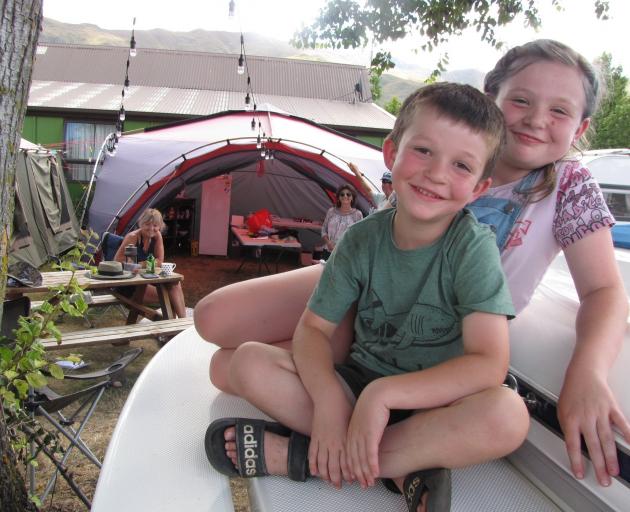 Enjoying the Wanaka Lakeview Holiday Park last week are Ollie and Arlya Shute, of Dunedin. Behind them are Nicky Gibbs (left), Helen Manly and Barry Gibbs. PHOTO: MARJORIE COOK
About 800 people were in each camping ground between December 26 and January 3. Numbers were already dropping off and February looked quiet.

Behaviour had been good.

"We don’t allow anyone 21 and under to stay without a parent on the site," she said.

Covid-19 uncertainties meant she had not been able to find enough workers (she had seven this year instead of the usual 14) and campers were not booking until the last minute.

The holiday park had flexible cancellation policies, so people should not fear booking in advance, she said.

About 80% of bookings this season were repeat bookings from regulars.