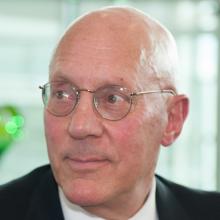 Jim Boult
Queenstown  mayoral candidate Jim Boult is to be investigated in relation to the collapse of Stonewood Homes New Zealand Ltd, something Mr Boult says he welcomes.

Ernst and Young liquidator Rhys Cain said yesterday an investigation into the failed company would begin ``in the next few days''.

It would examine the workings of the company during the two years before its collapse, with a ``specific focus'' on its final six months.

It would look at the activities of all directors and senior managers with ``crucial decision-making ability''.

Mr Boult was a member of the board of the Christchurch building company for about a year and acted as executive chairman for a period.

He stood down from the board on February 1, 2016, telling Mountain Scene later he had done so because he had been part of an attempt to buy Stonewood before receivers were called in and he considered he had a conflict of interest.

The company was placed in receivership on February 22, 2016, owing unsecured creditors $15million, and it is now being liquidated.

Asked if he could rule out action against Mr Boult, Mr Cain said: ``No''.

He could not give an assurance the investigation would be completed before the local body elections on October 8.

``It's really hard to pick.

``We're not running this investigation to the timetable of the local body elections.''

Mr Cain said funding of the investigation had just been secured and it would be carried out by ``a team of people'' at Ernst and Young.

In an email to the Otago Daily Times late yesterday, Mr Boult said he welcomed the investigation, which was normal practice for a liquidator.

``My duties as a director were carried out with care and diligence.

``I always acted in the best interests of the company to implement a solution that was intended to be beneficial to the creditors and the major shareholder.

``Ultimately, the sole shareholder, who controlled the company, decided the outcome.

``At that time I had no option but to resign.''

Mr Boult said he was involved in a group that looked at a potential buyout of Stonewood, but that did not come about.

``I remain confident in my bid to represent the residents and ratepayers of Queenstown Lakes district as their mayor.''

Mr Cain said depending on what the investigators found, ``matters'' could be referred to other agencies or legal proceedings ``in the company name'' could be taken against individuals.

``It's obviously been a high-profile company failure and it's only fair the people owed money have the knowledge that somebody's having a look to see what led to it and whether or not any consequences are appropriate.''