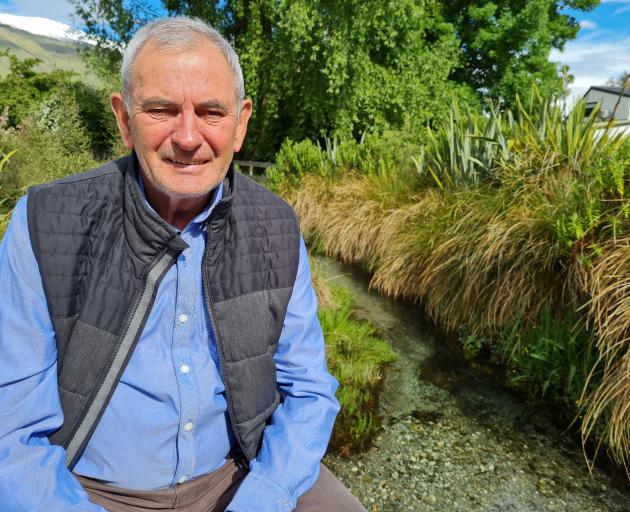 Wanaka's Ray Grubb is no stranger to the internal machinations of government bodies.

Following this year’s Fish & Game Council elections, Mr Grubb is in line to continue as chairman and should know in the next couple of days whether he will continue in the role for another year.

Whatever happens, Mr Grubb remains chairman of a government-appointed three-person steering committee that is implementing a ministerial review of the national body and its 12 regional councils.

The New Zealand Fish & Game Council is regarded as a very effective conservation advocate, with multiple water quality and resource management wins in the bag, but there have been allegations of internal dysfunction.

Her recommendations - which include reducing the number of regional councils and councillors - are being carried forward by the Acting Conservation Minister Dr Ayesha Verrall.

Mr Grubb wants the changes to happen, whether he is national council chairman or chairman of the steering committee.

His work is not compensated. He reckoned he spent between 40 and 50 hours a week researching, reading and attending council-related Zoom meetings.

"I am not getting much time for fishing but I will do.

"I love fishing but I love the reason for going fishing more than getting fish. I go out to clean my soul.

"That is what the Otago back country is all about. I fish, catch and release. I don’t kill anything except possums and stoats. I’m absolutely typical of a fly fisherman in New Zealand," he said.

"I dumped that the day I took over," he said.

"If we can have good relationships with farmers locally, why can’t we have that nationally?"

Mr Grubb said his primary missions were to protect water quality and hunting access and get governance support for the national council.

"In my opinion it was overstated, but it had been 30 years since we had had any kind of review and there weren’t cellphones or computers 30 years ago," Mr Grubb said.

"We needed to modernise ... We have more councillors than there are MPs. There’s 134 councillors, with 12 on the New Zealand council. The reality is, tensions came about because systems and governance were outmoded," he said.

Regional representation would be reduced to between six and eight councillors instead of 12.

Otago had already reduced to nine.

Mr Grubb said councillors should be treated as professional directors.

Each councillor would be asked to identify their skill sets, and the national body would identify what was missing and then move to fill gaps, he said.

On February 22, regional chairmen and managers would meet in Wellington with revised management systems on top of the agenda.

The changes would take up to three years and would involve consultation and co-ordination, Mr Grubb said.

One of the Fish & Game’s weaknesses was it was seen as an elderly, Pakeha male organisation.

He wanted to encourage more women to stand for election.

Iwi representatives would be treated as an integral and valuable part of the council, he said.

Mr Grubb said the arguments represented a wider story being repeated throughout the country but the matter was "pretty straightforward".

Science suggested a flow of 3000 litres per second. The Otago Regional Council needed to step up, support its staff and take responsibility, he said.

"It is a no-brainer. We must find ways of returning water to future generations ... If we don’t protect our environment, we have nothing left," he said.

"It is a no-brainer. We must find ways of returning water to future generations ... If we don’t protect our environment, we have nothing left," he said.

Salient. Sadly the literal "no brainers" in control don't/won't see this. Wilful blindness? Vested Interest? We must change them and/or their thinking for All of OUR Future.