Navy to help with search for helicopter 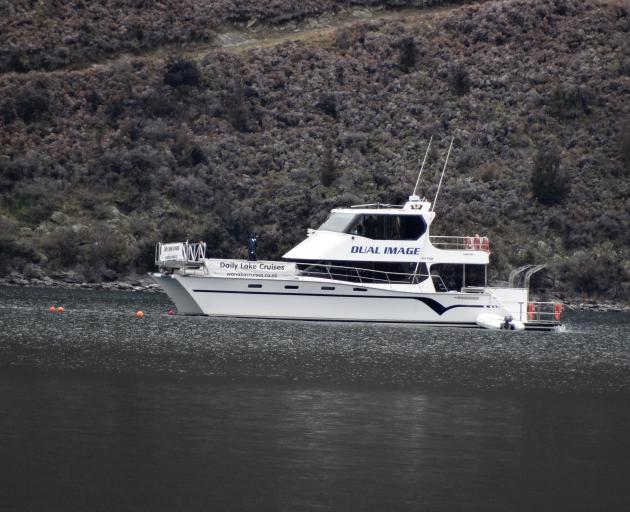 The 39-year-old was flying alone out of Wanaka in a Robinson helicopter on Saturday just before 1pm on a routine 15-minute supply trip to lodge in the Minaret Bay area. The Wallis family own Minaret Station, a remote and exclusive lodge, tourism base and working farm.

Searchers have pinpointed the location of the crash site in the depths of Lake Wanaka using sonar photography.

​The Otago Daily Times understands a sonar image of the crashed helicopter in the water is being used by those searching for Mr Wallis today. 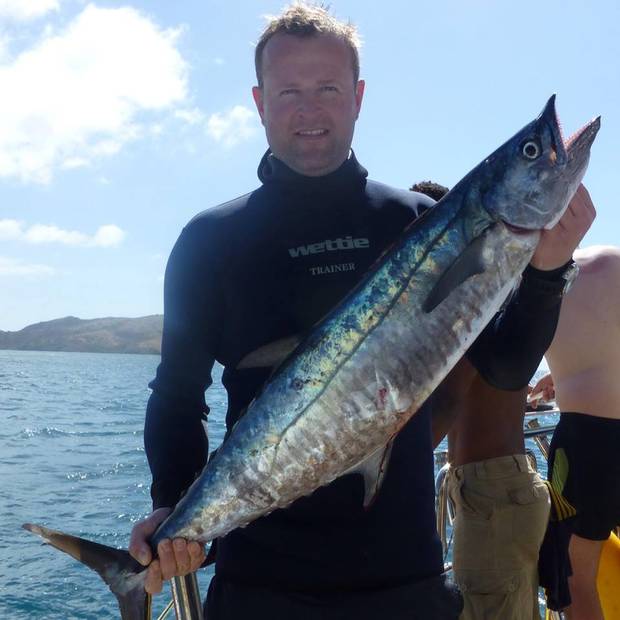 The Police National Dive Squad had established what appeared to be the wreckage of the aircraft, about 47 metres below the surface of Lake Wanaka, Det Sgt Shaw said.

"We have asked for the Navy’s expertise and specialist equipment, which can operate in deeper waters."

The team of Navy underwater search specialists was due to arrive in the area later in the afternoon to liaise with police and make an assessment of the scene.

It was anticipated the operation would be run from a large barge positioned in Stevensons Arm. 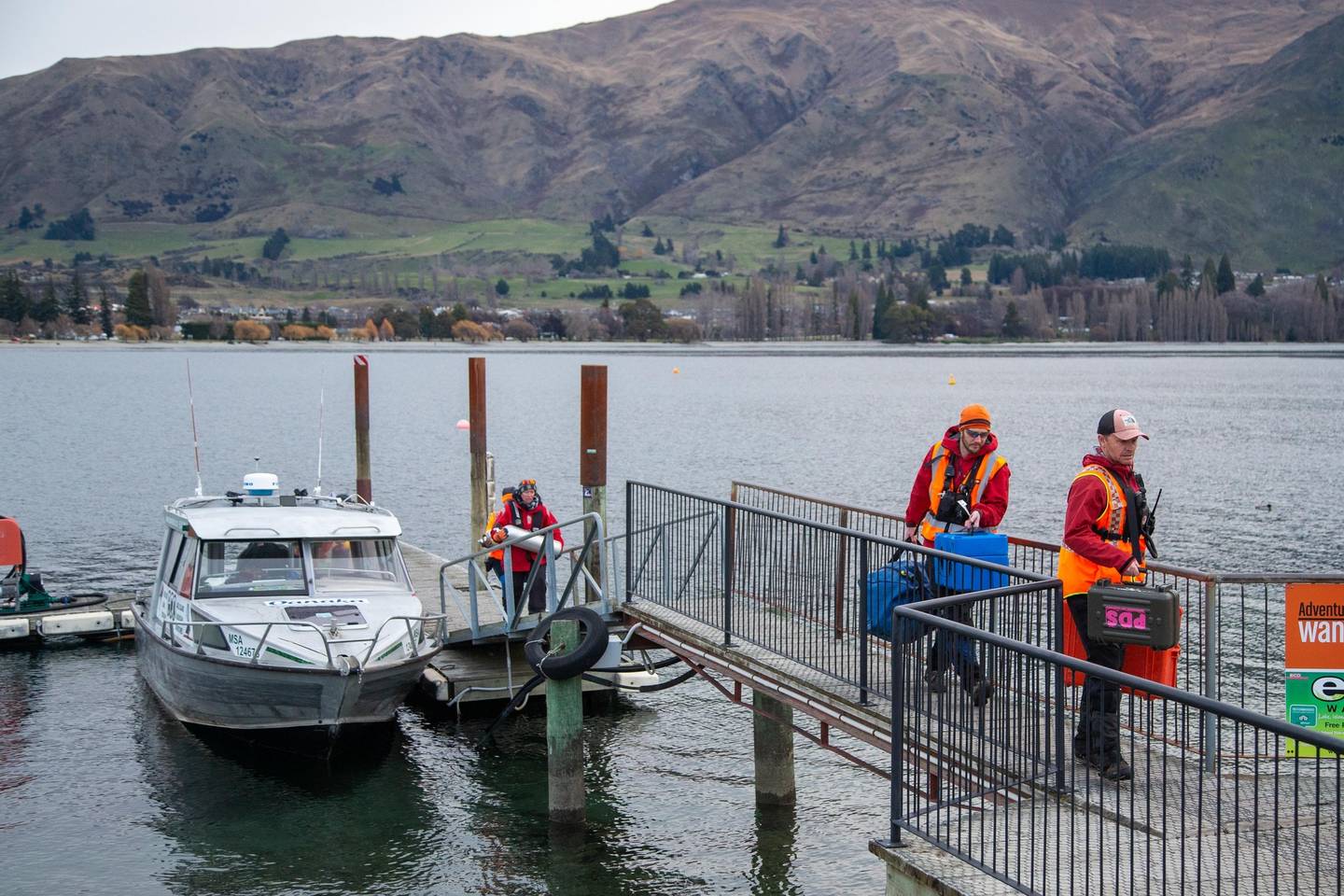 Police, LandSAR, Coastguard boats and police divers have been searching for the helicopter and Mr Wallis since Saturday afternoon.

Police were continuing to liaise with the family to ensure they were being kept up-to-date with developments.

He said Sir Tim was this afternoon making his way out to Stevensons Arm, where police believed they had discovered the wreckage of the helicopter.

​As of this afternoon, rain had started to fall and low cloud had set in as seachers focused on area not far from Stevensons Island.

The searchers were using the boat Dual Image, a Wanaka-based craft used for lake cruises. 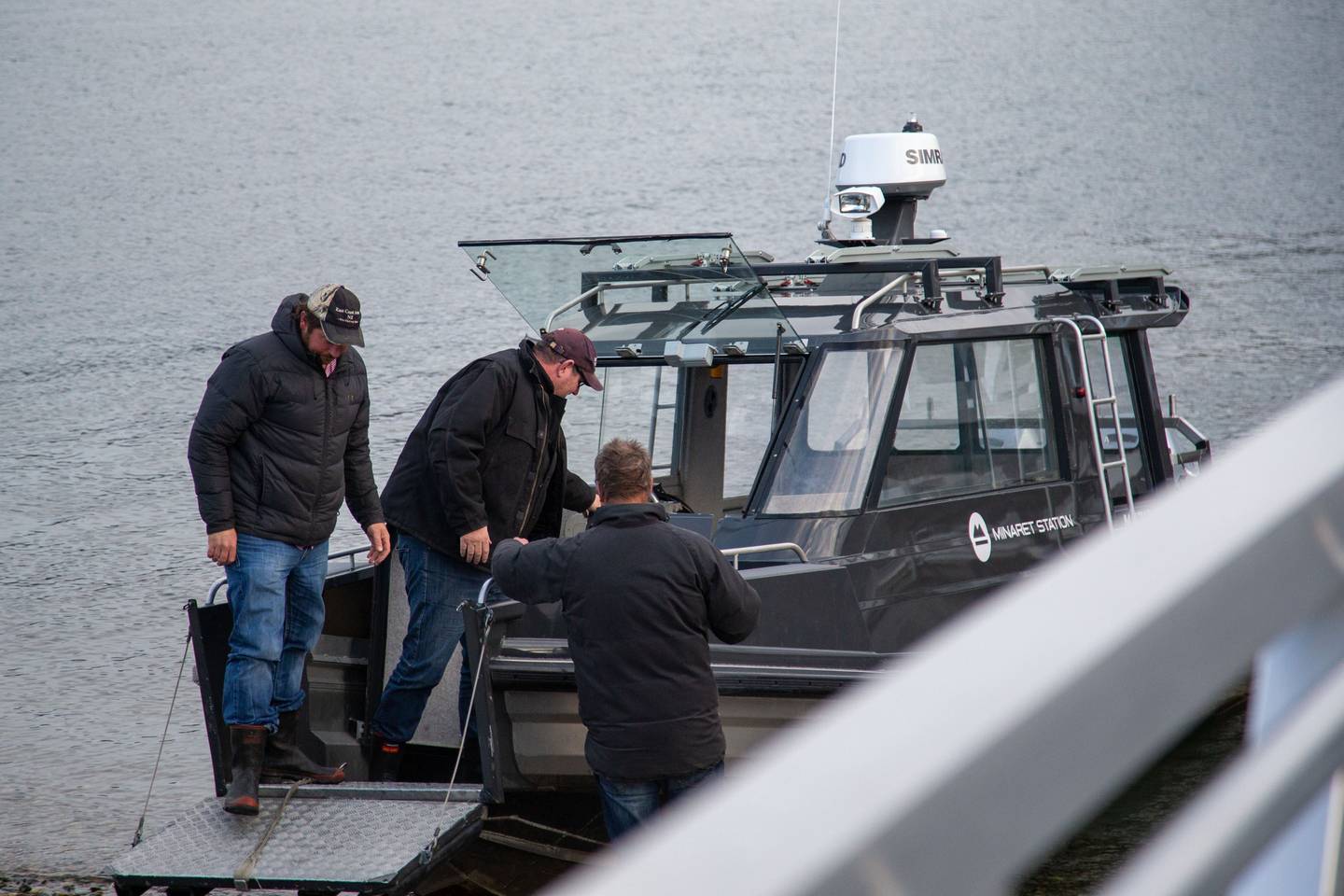 Matthew's brother Jonathan Wallis told Radio New Zealand this morning it was believed where the helicopter ended up was not in the deepest part of the lake.

"Fortunately the area that we believe that Matthew is in, is not as deep as other parts of the lake, but it still exceeds what would be normal, or routine, diving."

He told The New Zealand Herald he was determined to bring Matthew home to his 5-year-old son Arthur and wife Alice.

"He's a wonderful father to his son Arthur and a very good husband, if not a little challenging at times too, to his wife Alice."

Jonathan Wallis spoke to the Herald just moments before heading out for day three of the search.

"At this stage the thoughts really haven't gone to remembering him, the focus is on finding him."

"We do live in a community where you get used to people dying in the hills, but this was still a real shock.

"I'd known him since he was at school. I didn't know him well but from what I saw on the news he seemed like a wonderful man."

Mr MacLeod said he had not spoken to the family but believed they would find strength in each other. 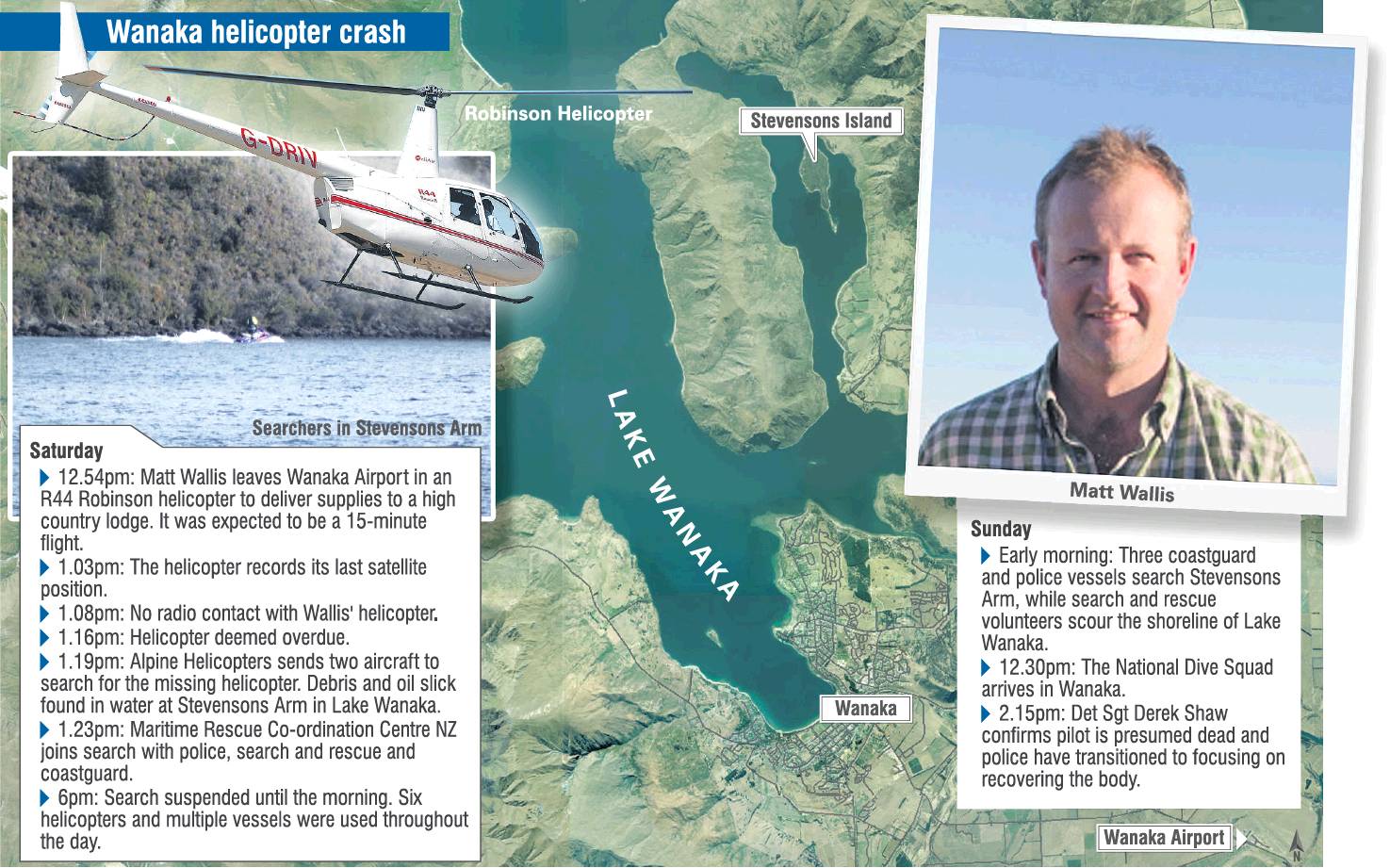 Transport Accident Investigation Commission investigators were today expected to visit the site of the crash, depending on the weather. A spokesman said they would examine evidence and take it back to their base.

The spokesman pointed to the TAIC's website, which said when a decision was made to open an inquiry, an investigator-in-charge is appointed along with other key team members.

TAIC investigators worked with emergency services, the operating company and transport regulator to ensure that evidence was protected.

After emergency services had done their work, the scene was "frozen" until  investigators arrived or permission was given for other activity.

The commission may formally seize or order protections of the vehicle, scene and other evidence. TAIC had control of the scene, and co-ordinated access required by other authorities.

At least two of the investigation team would typically travel to the scene.