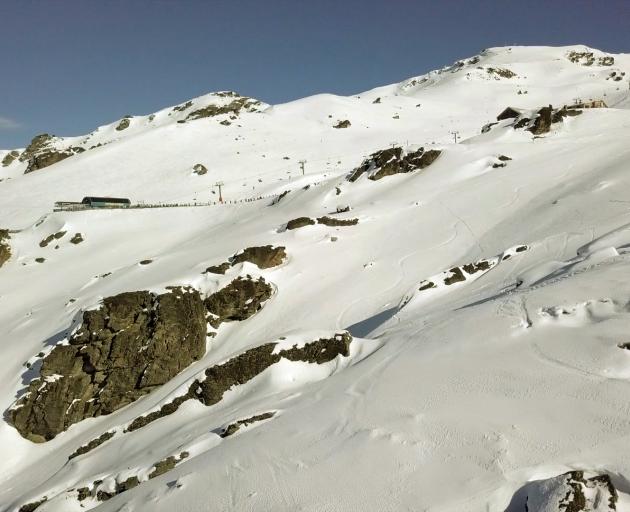 Photo: supplied
The discovery of a significant lizard population has thwarted Cardrona Alpine Resort's plans to construct a new chairlift before this winter.

Last August, the resort announced plans to install a quad chairlift to open up 55ha of new advanced terrain below Captain's Basin, known as Pringles.

It was hoped to be installed in time for this year's season. However, the lizards were found when the site was inspected at Christmas before construction began.

She said the resort was working with the Department of Conservation on a plan to preserve the "fantastic" lizard habitat while the new chairlift was built.

"Unknowns and complexities" meant building the chairlift for this winter was unrealistic.

"With it getting colder and closer to winter it's getting too late to deliver our promise of Pringles. We've got too much stuff to work through," she said.

"We will continue working with Doc until we've got a really certain plan.

"We want to protect these lizards and we want to make a fantastic environment for them because it's pretty special."

Only a few lizards in the area would be affected and possibly have to be relocated to accommodate the chairlift towers, she said.

"We've got a whole winter and summer to work through the project, so we're hoping to have [the chairlift] in by the end of next summer."

Despite the lack of chairlift, Cardrona would be extending its ski boundary to the bottom of Pringles, allowing people to ski in the area for the first time.

"We will gate the area and open the gates when the conditions are right and people will be able to ski the area, but they'll have to walk out," she said.

Cardrona is not the only skifield to have had a new chairlift delayed.

Last month, the Remarkables confirmed a $16 million replacement chairlift for Sugar Basin would also not be ready in time for this winter, as it had yet to receive a decision from Doc following a hearing of submissions last December.