Pilot may have flown too fast 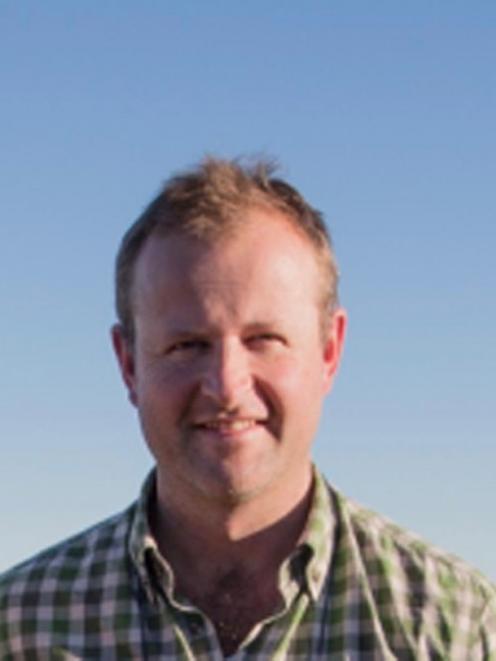 Matthew Wallis died when the Alpine Helicopters Robinson R44 he was flying crashed in July, 2018. Photo: Supplied
Moments before Matthew Wallis was killed when his helicopter broke apart and plummeted into Lake Wanaka, he was probably flying too fast for the conditions and likely using his cellphone, an investigation has found.

However, the Transport Accident Investigation Commission could not definitively say speed was a factor.

It was also unable to determine whether he was distracted while using his cellphone which could have contributed to the crash on July 21, 2018.

Just months after Matthew Wallis was killed, his brother Nick, along with passengers Paul Hondelink and Scott Theobold, died in a helicopter crash near Wanaka Airport on October 18.

Yesterday, the TAIC released its final report into the July 2018 crash and found mast bumping caused an in-flight break-up of the helicopter over Lake Wanaka.

TAIC chief commissioner Jane Meares said "the lack of reliable data on the initiating cause or cause of mast bumping occurrences continues to limit the effectiveness of safety investigations".

There was still more that needed to be known about the performance of the Robinson Helicopter designed rotor system, she said.

TAIC found the helicopter was cruising in mountainous terrain in conditions conducive for strong turbulence, at a speed that increased the risk of an adverse outcome.

“While the pilot would have likely had an indication of the weather conditions as the helicopter flew up Stevensons Arm, there were various pieces of information available indicating that flying close to the maximum permitted speed would have likely increased the risk of an adverse outcome.”

Mr Wallis was flying at an airspeed between 195kmh and 200kmh in the moments before the crash when the pilot handbook suggested pilots reduce airspeed to 110kmh-130kmh during "significant turbulence".

However, the TAIC noted "significant" was not defined in the handbook, leaving room for confusion when assessing the severity of turbulence.

It said a passing cold front, wind, forecast turbulence and reduced visibility meant flying conditions at the time were not good, making the decision whether to fly “ambiguous”.

There was also the option for Mr Wallis to take another route.

The accident happened during a flight from the helicopter owner’s base at Wanaka Airport to Minaret Lodge in the Upper Estuary Burn Valley, when Mr Wallis was passing over Stevensons Island.

There were no witnesses to the accident and no in-flight recording of aircraft data or images.

The pilot’s log book recorded he had flown an R44 helicopter between those two locations nearly 370 times.

Matthew Wallis had also flown the same route many times in an aeroplane.

Jonathan Wallis, brother of Matthew and Nick, said the family accepted the findings of the report,"acknowledging that the lack of reliable evidence on the initiating cause or causes of mast bumping occurrences in Robinson helicopters continues to limit the effectiveness of safety investigations".

The TAIC said there was no need to make a new safety recommendation as a result of the final report’s findings.

It said it needed more recorded flight data, and recorders were being developed for installation in Robinson helicopters.

There was also a need to know more about the "dynamic behaviour" of two-bladed, teetering, underslung rotor systems used in Robinson helicopters.

"Without this data, there is no evidence to confirm or counter Robinson’s assertions that the most likely cause of mast bumping accidents in New Zealand is pilots flying too fast for the conditions and or reacting incorrectly to helicopter upsets."

Ms Meares said turbulence had been a possible factor in five of the six Robinson helicopter accidents over mountainous terrain involving mast bumping leading to inflight break-ups in the 10 years before this crash.

It is extremely sad this gentleman is no longer with us. I believe it even more sad that investigations speculate pilot error may have been a factor. The NZ Transport Accident Investigation Commission has expressed concern many times about 'mast bumping accidents' with Robinson Helicopters. Since 1991 there have been 14 such accidents/incidents in NZ with Robinson Helicopters in which 18 people have been killed. A well known fact in the industry (cited on the TAIC NZ website) is that Robinsons are 'relatively inexpensive'. People buy them because they are cheap compared to other machines WHICH ARE NOT SUSCEPTIBLE TO MAST BUMPING. The TAIC solution is additional training of Robinson pilots. In the US the FAA acknowledge that due to the dangers of low G flying on Robinsons they can not use test pilots to further investigate issues so they rely on mathematical models. We still have 260 Robinsons registered in NZ. All carry a warning in pilot's manual that they should not be flown in high winds or turbulence. Let's give this pilot the respect he deserves in death and acknowledge the machines have issues. https://www.taic.org.nz/watchlist/robinson-helicopters-mast-bumping-acci...

There is a 1980 US Army video about "mast bumping" here:
https://www.youtube.com/watch?v=_QkOpH2e6tM
It is aimed at helicopter pilots and it explains how/why mast bumping happens and how to avoid it.