This year, the parents of five daughters have expanded to recyclable Christmas crackers.

It has all been conceived, designed and sewn by New Zealanders and operates from the couple’s garage in Wanaka.

Things went so well with the Christmas bags the Conynghams decided to incorporate in January.

‘‘And I think we might be over ambitious with the crackers, but based on pre-orders by July, we want to sell 2000 sets of crackers, that is our goal,’’ she said.

Mrs Conyngham previously worked in the publishing and communications industry and before Covid-19 was the editor of the Wanaka Sun.

She resigned to do other things, then Mr Conyngham lost his building work due to the impact of the pandemic.

During lockdown, they dreamed up a ‘‘pandemic-friendly’’, home-based business employing other home-based workers.

A year down the track, both are fully immersed in the company, with Mr Conyngham supplementing income by building part-time. 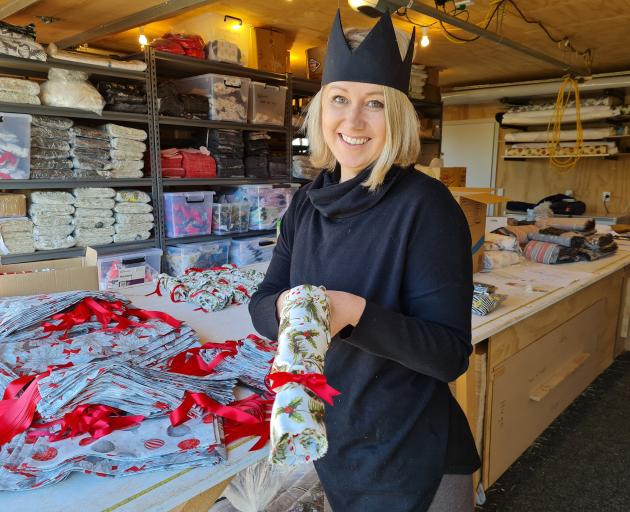 Supply chain delays have forced the couple to take a punt and order a year ahead.

‘‘The shipping is so incredibly hard so we had to think about next year,’’ Mrs Conyngham said.

‘‘Our fabric [for this year] just arrived last week.

‘‘The inner tubes are custom-made in China and were sitting on the dock in Yantian [China] because of Covid — I cried when Mainfreight rang to say they had been sitting there a month.’’

Sturdy, interfitting tubes were critical to the reusable design.

The cracker sleeves could be removed, washed and refitted, and the tubes refilled with gifts — all New Zealand-made, small, sustainably created things such as soaps, beeswax crayons, gift vouchers, bad jokes.

Mrs Conyngham also wanted New Zealand-made tubes, but no-one had the correct-sized mandrel to make the inner piece, she said.

Their goal was to see all disposable crackers gone by 2030.

Mrs Conyngham began selling them at markets in October and by Christmas knew the start-up had legs.

This year, she had seven contract sewers in Auckland and eight more in Central Otago, each making bags for a minimum of 20 hours a week.

She wanted three more sewers to make cracker sleeves during the remainder of this month and September.

In Central Otago, the sewers tended to be retired women, mums with young children and people with disabilities.

In Auckland, the sewers were refugees recommended to Mrs Conyngham by her sister-in-law Anna Sutcliffe, who worked with refugee communities.

Mrs Conyngham had rejected advice to outsource sewing to China.

‘‘I wanted it to be philanthropic. We would lose all of that if it went to China,’’ she said.

It cost about $25 a unit to make the recyclable crackers.

‘‘It is all about learning along the way, making mistakes, often expensive ones. But we are loving it.

‘‘Now is the time to be adapting to reusables,’’ she said. 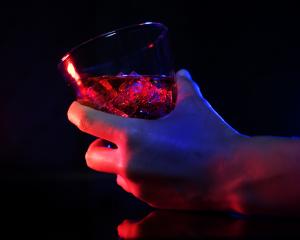