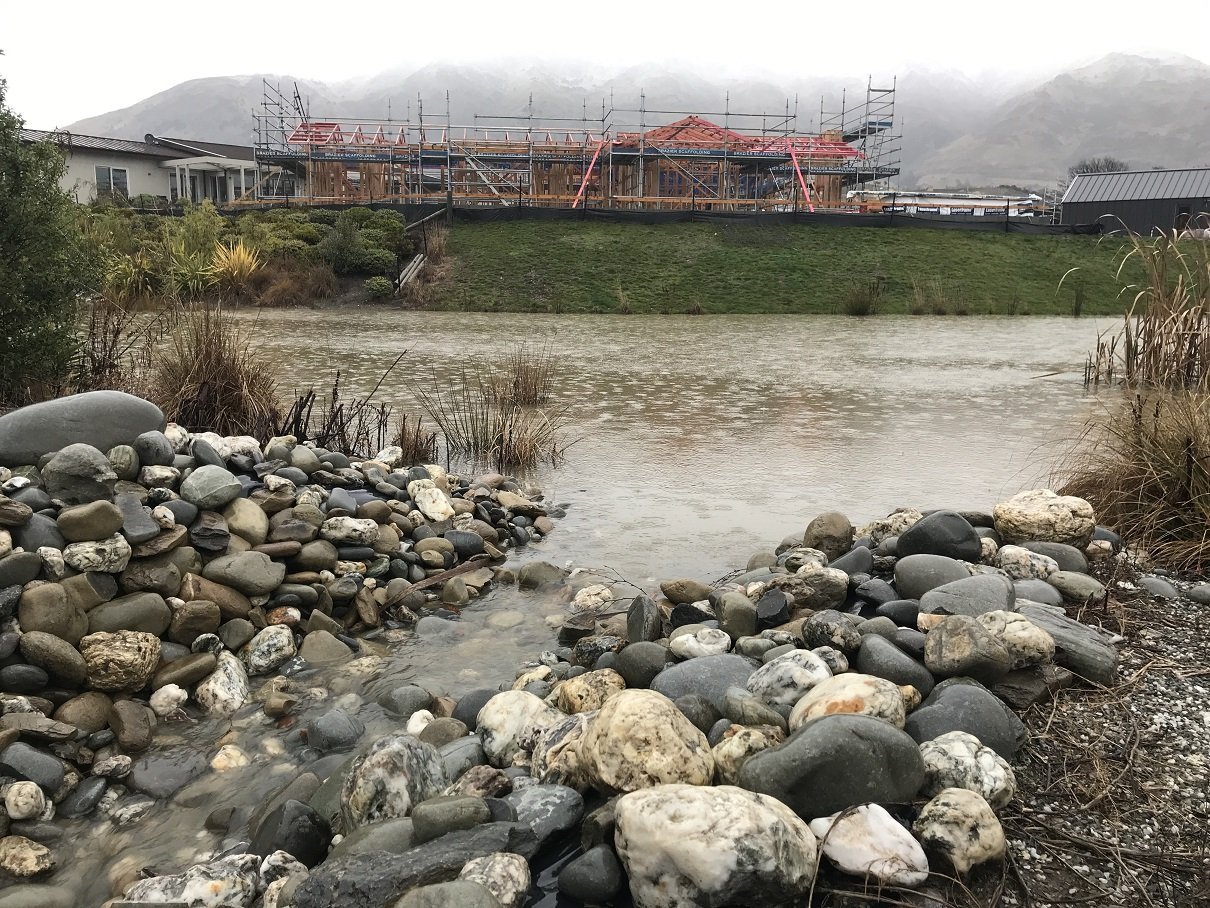 Water overflows from the Alpha Series One stormwater pond into the Otago Fish & Game wetlands and Wanaka’s Bullock Creek in August. PHOTOS: FRIENDS OF BULLOCK CREEK
Otago Fish & Game is hoping ‘‘the importance of proper stormwater management’’ has been learnt after an agreement was reached for a new stormwater system to help protect pristine trout-spawning water in Bullock Creek.

The stormwater management system was ‘‘found not to be fit for purpose’’, he said.

‘‘Urban development that causes silt to enter fish-spawning grounds is never acceptable ... Fish & Game is pleased the council has looked at the wider Bullock Creek catchment and its headwaters in the development of their stormwater management proposal,’’ Mr Hadland said.

Alpha Series developer Allan Dippie did not believe the flooding of Bullock Creek and the wetlands was a result of his subdivision development. 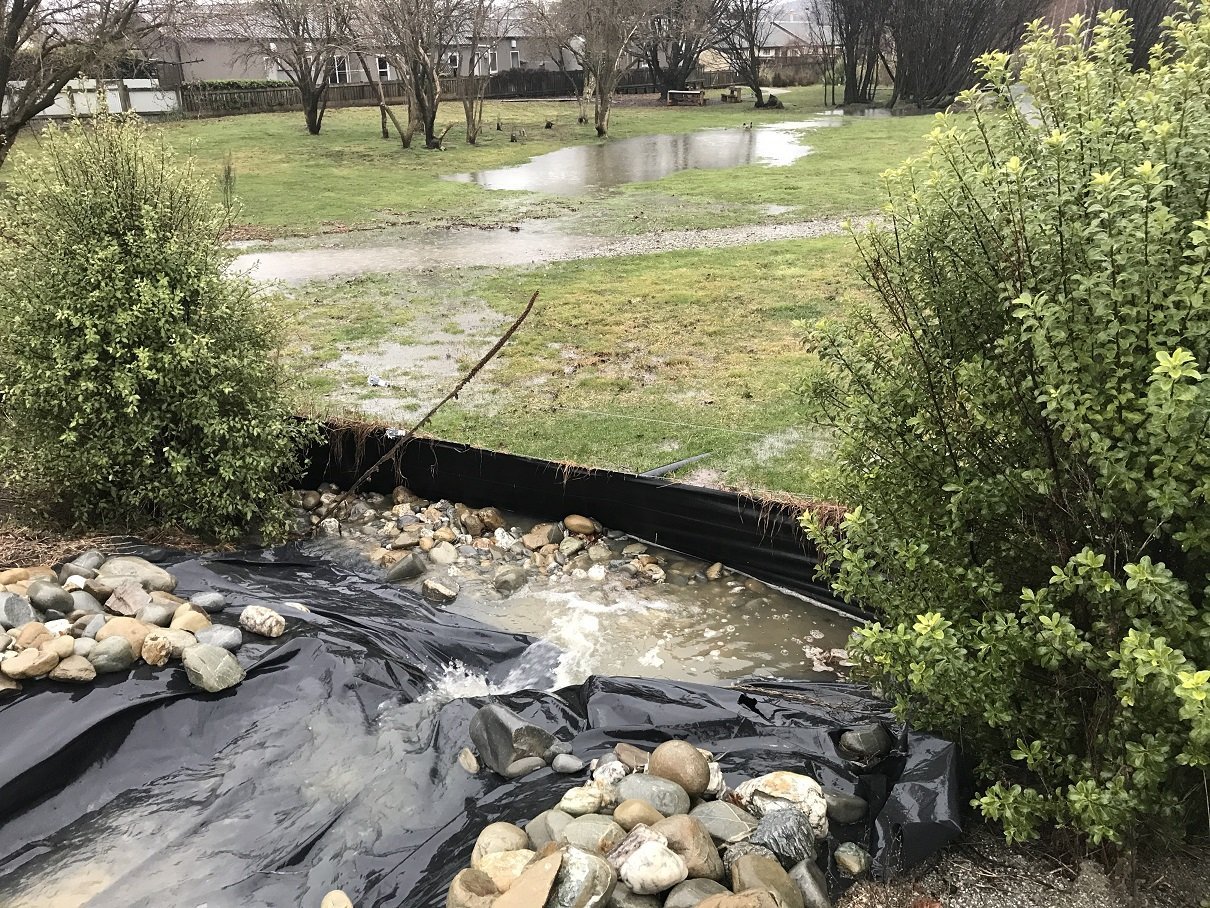 Water overflows from the Alpha Series One stormwater pond into the Otago Fish & Game wetlands and Wanaka’s Bullock Creek in August. PHOTOS: FRIENDS OF BULLOCK CREEK
He told the Otago Daily Times the stormwater overflowing from the subdivision was a naturally generated flow from a 30ha catchment above Bullock creek that had been occurring for thousands of years.

‘‘This is what each stage of the Alpha Ridge subdivision does and this is why each stage has been consented and approved by council,’’ Mr Dippie said.

Mr Hadland agreed the catchment size was largely unchanged and rainwater still fell as it usually did.

However, ‘‘the developer fails to acknowledge the change to the discharge of that water following subdivision into hard surfaces — it travels to the receiving environment much quicker and is typically of poorer quality,’’ Mr Hadland said.

Friends of Bullock Creek secretary Roger Gardiner said the community group had been informed of mitigation plans for the stormwater issues, ‘‘but we are neither supporting nor opposing the proposed plans as we do not have the expertise to assess the environmental or social implications of such plans’’.

‘‘We believe wider community engagement will be required before implementation,’’ he said.

Wanaka ward councillor Niamh Shaw said an urgent solution to address stormwater runoff through Bullock Creek was ‘‘clearly needed’’ and the negotiations with Fish & Game to secure an easement agreement was just one facet of that.

‘‘Council has prepared a preliminary system design, which should be approved early next week, after which we will engage with interested and affected parties.’’

She said many residents had also contacted her about how council planned to avoid similar stormwater issues in the future.

‘‘Council’s engineering department was working on a catchment management plan to understand areas prone to flooding — now and in a climate-changed future — which will enable the strategy and performance team to ensure better stormwater outcomes.’’