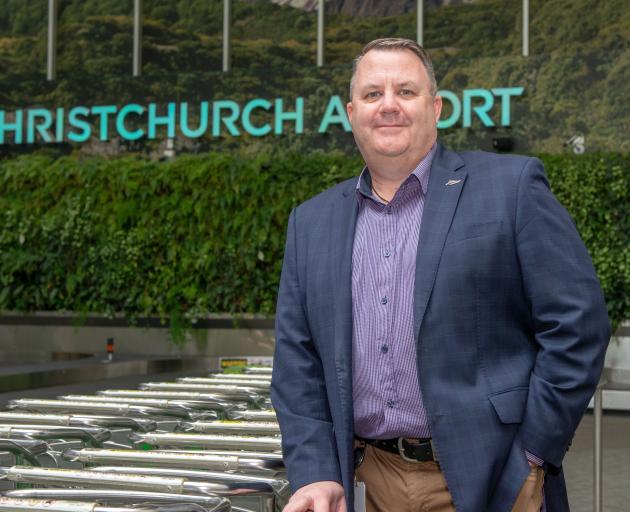 But Christchurch International Airport Ltd (CIAL) will not decide if it will go ahead until the end of 2023, when its planning and validation phase is complete.

This week, it installed a weather station. Later this year, an environmental study is due.

But there is not enough information to satisfy Stop Central Otago Airport (SCOA) and its cousin, Sustainable Tarras.

More than 1000 opposers feel excluded from grassroots planning and want answers to many questions.

CIAL chief executive Malcolm Johns has confirmed studies are incomplete, no decisions have been made and an airport is not a foregone conclusion.

CIAL Central Otago project leader Michael Singleton has promised to publish more data and plans over the next two years. 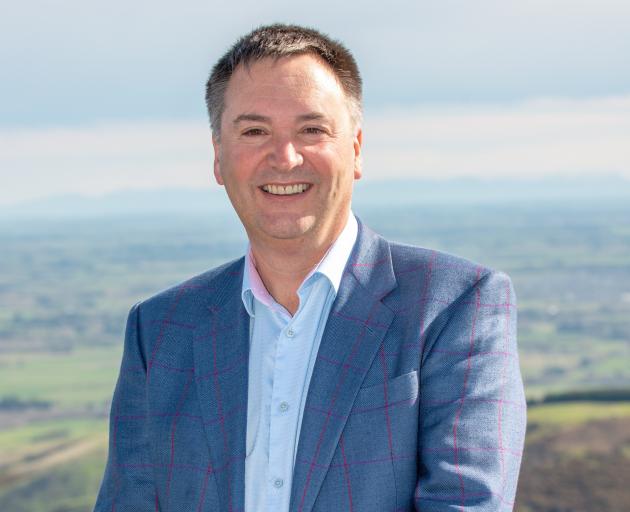 CIAL’s Central Otago project leader Michael Singleton would rather do nothing if an airport is the wrong thing for Tarras. PHOTO: SUPPLIED/CIAL
Both sides say they want a sustainable future.

Airport supporters are focused on export opportunities (think cherries to China), while lobby group Flightplan 2050 suggests completely mothballing the congested Queenstown Airport in favour of one regional airport in Tarras.

SCOA says the airport is not wanted nor needed, international tourism has collapsed because of Covid, and climate change will change everything.

Even though CIAL has won international awards for reducing its carbon footprint and puts carbon emissions at the forefront of future planning, SCOA accuses it of "greenwashing".

So, does CIAL have an actual business case for a Central Otago Airport?

In short, not yet.

New airport infrastructure has been canvassed "for more than 30 years," Mr Johns said in a letter to SCOA last year.

"Pre-pandemic, Queenstown Airport said it was likely to reach its operational constraints as soon as August [2021]. Airlines have publicly requested consideration of a long-term solution to the future needs of aviation in this part of the world. Covid-19 will not make this long-term infrastructure challenge go away. This is an area of some of the fastest growing populations in the country, so demand will return and the well-known constraints will again occur," he said. 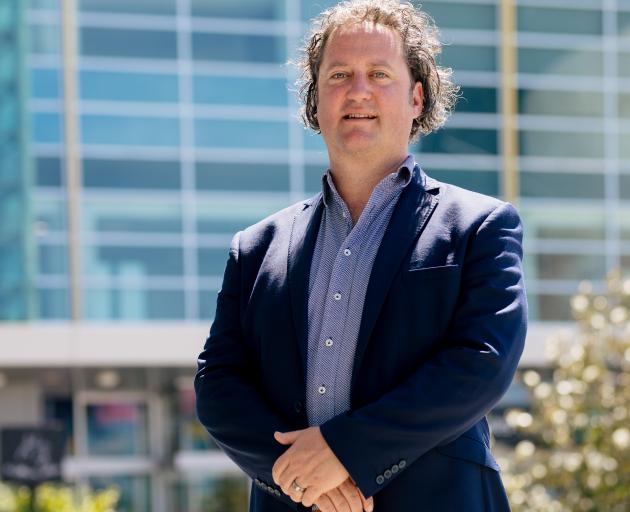 A decision to build an airport at Tarras will not be made for 18 months at the earliest. IMAGE MAT PATCHETT
Pre-Covid, the 1000ha airport processed about 7 million international and domestic passenger movements a year.

It is the South Island’s biggest employment centre, a juggernaut. But Tarras is just "a big jigsaw."

"We don’t have all the pieces yet," Mr Singleton said.

He acknowledged many have not warmed to the engagement process, but reiterated CIAL wanted a good community conversation.

In February, Mr Singleton met with 65 members of the Cromwell Business Network.

Due to Covid restrictions, it was his first public meeting in Central Otago in a long while.

Sustainable Tarras chairman Chris Goddard said his group put three main questions — potential restrictions on neighbours’ activities, wildlife management and whether CIAL would contract and buy from local businesses — but there were "no new insights from the answers". 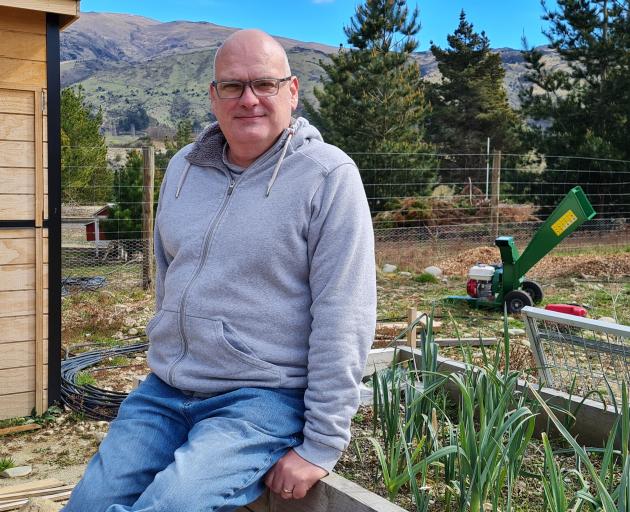 Many in the network had not known what CIAL planned and would now be forming opinions, he said.

"It was nice to get their timeline. If it is going to be built, 2029 is when people are hoping to see the first plane. We will see what happens," Mr Christiansen said.

Mr Goddard also wants finances to stack up, given rates and tax would help build the airport.

Governments usually consider airports to be drivers of economic growth, productivity and competitiveness.

There are expensive consequences if an airport is in the wrong place. Spain and Canada have ripped out newly completed, barely used runways and passenger terminals.

But governments also fear economic consequences if airports are not built. 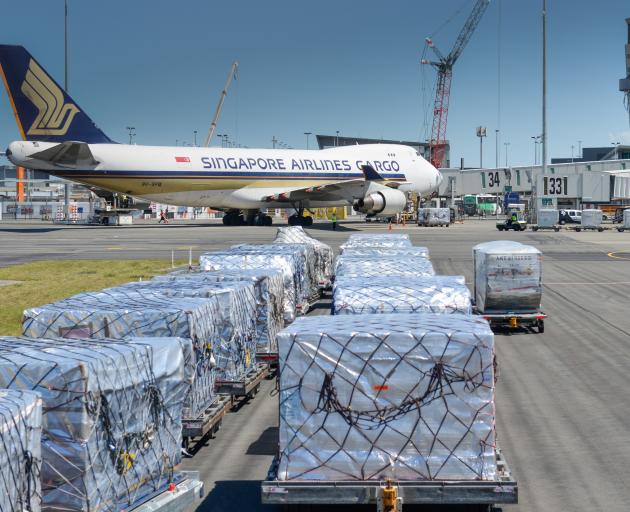 Packaged Central Otago cherries lined up for an international flight at Christchuch. PHOTO: SUPPLIED
In Australia, the federal and New South Wales governments weighed that up when deciding to go ahead with $5.3 billion West Sydney Airport, due for completion in 2026.

Meanwhile, CIAL’s case is being driven by a desire to create a legacy. Covid has not deterred it.

Executives want to build on traumatic lessons learned from the Canterbury earthquakes and keep building resilience.

As CIAL staff look forward, they want to assert CIAL’s award-winning reputation for tackling carbon emissions. They want to be the South Island airport with the best capacity to meet airlines’ needs in a low carbon future.

They are also looking back.

CIAL’s Harewood campus was chosen in 1935, after town planner Augustus De Rohan Galbraith presented several sites to city leaders. Back then, long-haul aviation and climate change were not on the radar but Mr Galbraith’s report recommended rural Harewood above Brighton or Sumner or other places, because it could support an aerodrome "of national character", linking to the "great nations of the world" and regional transport.

"We’ve been given a pretty cool legacy ... When we talk about Tarras we think about this," Mr Singleton said. 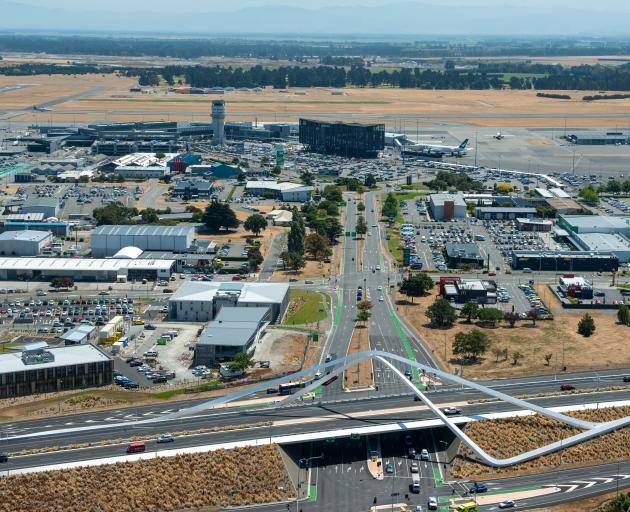 It could import people directly where they want to be — in the heart of the South Island — and it could secure convenient export opportunities for southern producers of high quality consumables such as crayfish, cherries, stonefruit, apples, or wine, he said.

But if built, Tarras would not be welcoming anything like Christchurch’s pre-Covid 7 million passenger load, he said.

"Just because you put an airport somewhere doesn’t mean people will fly there," Mr Watson said.

Mr Watson believes, based on studies of South Island primary industry, there is enough annual air freight demand that CIAL could double its handling from 30,000 tonnes of high quality consumables (these transactions are worth $4.5 billion a year) to 60,000 tonnes.

Christchurch is the only South Island airport where wide-bodied jets can land and it is these aircraft that carry the 30,000 tonnes of freight handled by CIAL.

At the moment there is not enough room in the belly hold of passenger aircraft, so the South Island’s extra capacity is being shipped or trucked to Auckland for international connections, or sold on the domestic market at reduced value, he said.

At least two-thirds of exports through Christchurch Airport are high value perishables: seafood, seeds, meat, flowers, fruit. Much is produced in the deep south. 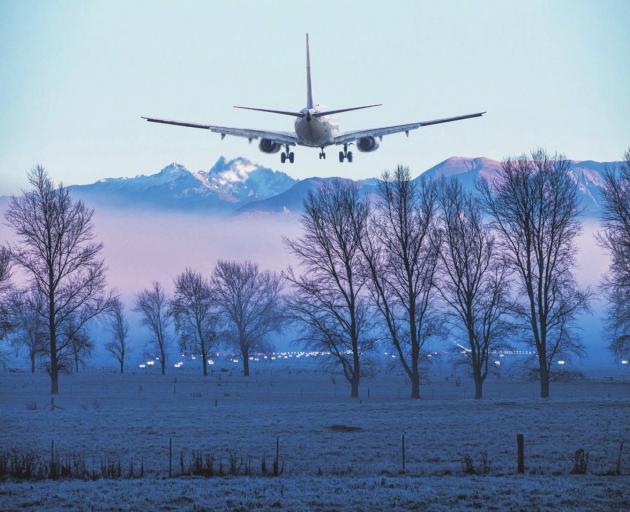 A decision to build an airport at Tarras will not be made for 18 months at the earliest. IMAGE MAT PATCHETT
CIAL’s imports are mostly high value mechanical, medical and computer equipment, "lifeline" gear that is usually delivered "just in time": irrigation pumps, vaccinations, artificial limbs, heart valves. That’s the sort of stuff that should be distributed from Christchurch.

For example, New Zealand’s $300 million crayfish export industry took a dive because it could not get lobsters to China.

Another example was a daily service from Singapore. It would have been carrying visitors worth $150 million to the economy in the top, and $550 million worth of freight in the hold, he said.

The pandemic appeared about two months before CIAL announced its Tarras purchase, giving even more reason for a deliberate, thoughtful and cautious approach, Mr Singleton said.

CIAL does not want to foreclose on any opportunity, "because if we get it wrong, we will not get a chance to come back and do it again," he said.

Should Tarras Airport go ahead, cherries and crays might not even be on the first flight out.

It would be up to airlines if Tarras began exporting, and airline decisions would be based on things such as producer demand, warehouse availability, freight forwarding services, access to Customs and Ministry of Primary Industries, and where airlines could get the best returns from sending their expensive assets, Mr Singleton said.

It could take at least 50 years for the airport to fully evolve, he said.

After 80 years of development at Harewood, and in response to a growing region, hundreds of Christchurch businesses now operate from airport-leased land.

The airport still has about 150ha to develop but rushing to fill everything up would mess with success. The key was to hold the space.

"We are very happy to sit there and not do things rather than do the wrong thing," Mr Singleton said.