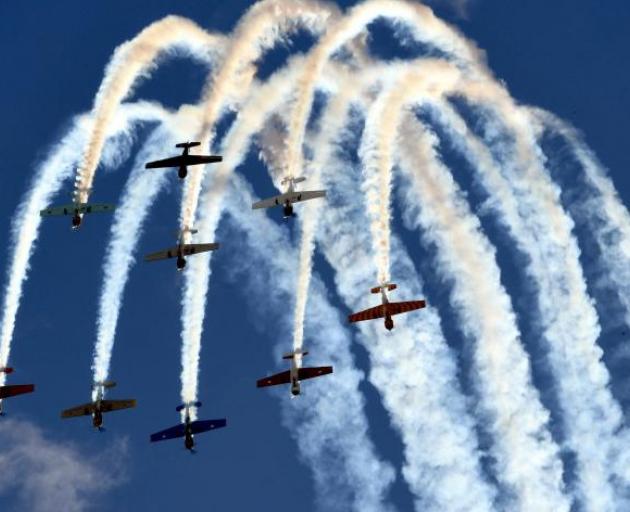 Warbirds Over Wanaka International Airshow, which was first held in 1988, traditionally attracts some 55,000 people over three days and injects more than $40 million into the Southern Lakes regional economy.

Warbirds Over Wanaka Community trust chairman John Gilks said the board of trustees were left with no option but to cancel following the Government’s decision to put the whole country into the red  traffic light setting as under code "red" public events were limited to a maximum of 100 persons).

"The Government has indicated that the country will remain in red for weeks so we cannot continue to plan for an Airshow.  The health and safety of the amazing team which delivers Warbirds Over Wanaka and all our visitors is paramount.

"We know this will be a huge blow for all those people who have worked hard to pull this event together, especially following on from the disappointment of being one of the first major events in New Zealand to cancel because of Covid back in March 2020.

"It is also going to be upsetting for the thousands of people who have already bought tickets and were looking forward to the enjoyment our event brings so many," Mr Gilks said.

"Our small management team is backed up by hundreds of aircraft owners, pilots, volunteers, contractors, suppliers and exhibitors, along with our funders and sponsors, to deliver what is regarded as one of the world’s best Warbirds airshows.”

"We are also extremely disappointed for the numerous businesses, not just in Wanaka but around the region, which benefit hugely from the Airshow.

"We know they were upset when we cancelled back in 2020 and they were looking to our event this Easter as a major financial boost given the tough times they have faced over the past almost two years.

However, by taking the decision to cancel immediately after the latest Government announcement the Warbirds Trustees and Management believed they had given the many accommodation providers and other businesses which benefitted from the airshow, greater time to make alternative plans to recover the business lost as a consequence of our cancellation.

The 2022 Airshow was also to have been a major part of the Royal New Zealand Air Force’s 85th Anniversary celebrations and at least two international air forces were planning to be here to join in the celebrations, bringing aircraft which had never been seen in this country before.

The next Warbirds Over Wanaka International Airshow was planned for Easter 2024.

Warbirds Over Wanaka ticket holders from both New Zealand and overseas would be offered a full refund.  Ticketek would be in touch with them in the near future to organise the refund.