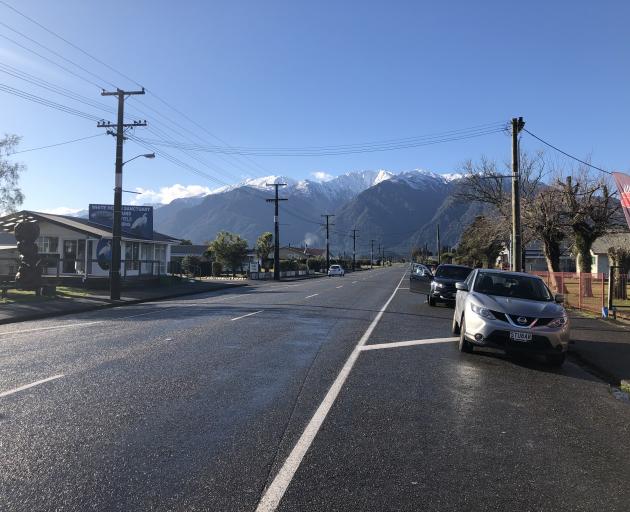 Westland Mayor Bruce Smith says Whataroa has been struggling for years. Photo: Wikipedia
Development West Coast has reported a net profit of $14.2 million for the year, prompting calls for it to open its wallet and help struggling South Westland.

In February, in response to the ongoing border closures due to Covid-19, trustees approved a $5 million loan fund for businesses at Franz Josef Glacier and Fox Glacier.

In the wake of Monday's declared profit, calls went up for it to do more.

Franz businessman and councillor Ian Hartshorne said if things at the glaciers were bad before, they were worse now.

"Our motels have no bookings, and the shuttles have everything cancelled to Christmas. People don't understand how bad it is.

"All the doors will start closing permanently. There should be some relief for tourism businesses."

Westland Mayor Bruce Smith said DWC was set up 20 years ago when native logging ended, and the towns most affected by that were Hari Hari and Whataroa - yet in the two decades since, neither town had received substantial investments from the trust.

"Whataroa in particular is really struggling, there's been no investment for years."

Money spent on the ground was better than money spent writing reports and employing a large number of people, Mr Smith, a former DWC trustee, said.

He was "staggered' that glacier businesses had lasted so long without tourists.

"DWC could get in beside them, helping them survive."

DWC chief executive Heath Milne said the $5m Glacier Country Business Support Fund had not been fully subscribed and he encouraged businesses to get in touch to discuss their specific needs.

"While glacier country has been one of the hardest hit areas in the country from the Covid-19 border closures, DWC's fund is for the whole of the West Coast region.

"The recent flood event in the Buller is also having a major impact on the region and will be another key focus for the coming year," he said.

The strategy was to maintain the real value of the fund to ensure it could continue to assist the region in times of crisis, but also enabling it to leverage the fund to attract further resources and investment into the region.