The chief executive of Forest and Bird Kevin Hague, who lives in Greymouth, dismissed the comments as a conspiracy theory. Photo: Getty Images
Forest and Bird says there is no truth to comments that have implicated it in a bid to roll West Coast Regional Council chairman Allan Birchfield.

Cr Birchfield is set to lose the leadership at an extraordinary council meeting next Monday, in a coup led by his deputy, Stuart Challenger.

The chairman, who is a Greymouth goldminer, accused Cr Challenger of being a member of the Forest and Bird Protection Society, which he said had repeatedly blocked productive industry on the Coast and appealed against council plans.

That affiliation was a conflict of interest and should have been declared by Challenger when he stood for council, Cr Birchfield said.

Forest and Bird in Wellington had heard about the leadership coup almost before he did himself, leading him to suspect the organisation was backing the move, he said.

The chief executive of Forest and Bird Kevin Hague, who lives in Greymouth, dismissed the comments as a conspiracy theory. 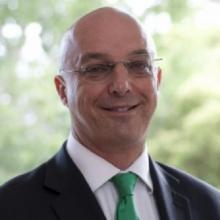 Kevin Hague
"Let me be crystal clear: Forest and Bird has had zero involvement in attempting to oust Mr Birchfield.

"Forest and Bird certainly from time to time comments on the decisions and actions of the WCRC such as its former practice of politicians making prosecution decisions.

"But it's the behaviour of the institution we are concerned with, attempting to ensure that this is consistent with the legal duties councils have."

There had been no interaction whatsoever between Forest and Bird or any other regional councillor about Cr. Birchfield's role, Hague said.

"The sole 'evidence' Mr Birchfield seems to have for his conspiracy theory is that Mr Challenger was a member of Forest and Bird for a time. But as one of the largest organisations in the country, this is hardly unusual -- the same applies to many Coasters."

Hague said his personal view was that Cr Birchfield himself had a serious conflict of interest.

"As a goldminer and former coal miner he has a very deep conflict, I think, in sitting on a council that regulates the environmental impact of those industries."

Cr Birchfield recently challenged staff decisions over the dumping of demolition waste at two private dumps and said the council might have to take back the decision-making authority it had delegated some years ago.

The West Coast Regional Council had been one of the last in New Zealand to delegate to staff all decisions on prosecution for breaching environmental standards, Hague said.

Allan Birchfield was the highest polling candidate in the 2019 local government elections and had an undoubted following, Hague agreed.

"But it would be a mistake to think he speaks for everyone on the West Coast when he dismisses conservation views. Forest and Bird has a thriving branch in this region and per capita it has the same support as it does in Wellington or Auckland."

In the lead up to next Monday's showdown meeting, Cr Birchfield's supporters have launched an on-line petition calling for him to stay on as Regional Council chair.

"Chair Birchfield has been a strong constant advocate for our primary industries on the West Coast," the petition says.

"The Tai Poutini One District Plan is also in process and a change in leadership at this time will be detrimental to this and costly to the ratepayers of the West Coast, especially if the new proposed chair is affiliated with Forest and Bird.

"This could be disastrous for West Coast industry. Chair Birchfield has been a strong voice with proposed SNA threats that our local landowners are facing."

But Stuart Challenger dismissed the predictions.

"In the 2019 elections we had three mayors changed and the Tai Poutini district plan carried right on without any problems. The work's being done by planners, in consultation with the community and we don't have huge influence over it."

The real risk to ratepayers was coming up with a plan that bent over backwards to favour industry, Cr Challenger said.

"If we come up with a coal and goldminers' plan, you can expect a deluge of appeals to the Environment Court and that's what costs the ratepayers money."

The bugs in any plan were ironed out by consulting the community and interest groups after it was notified, Cr Challenger said.

"You're more likely to save money if I am in the chair and we make sensible compromises where we can."

Cr Challenger has confirmed he was a member of Forest and Bird for a time but let his membership lapse after he was elected to council because it was a potential source of conflict with the chair.

The conservation organisation had "noble aims", he said, but could do with more West Coast voices on it.