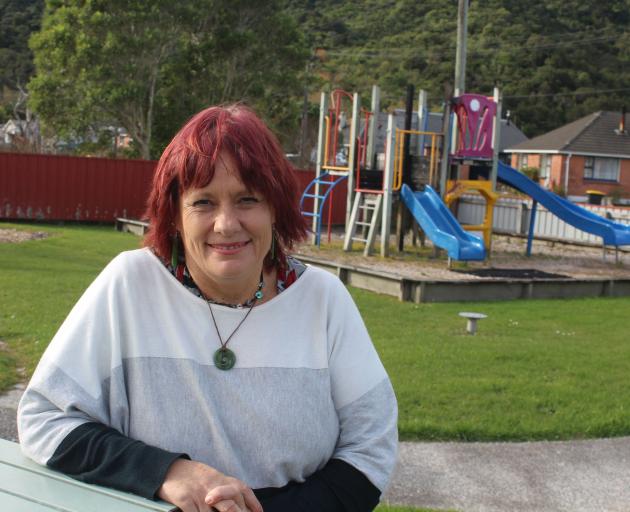 Gayle Jonker. PHOTO: GREYMOUTH STAR
A Cobden early childhood teacher who is HIV positive and lost her job on Friday, says she has no regrets about telling staff, and she still loves Greymouth.

Gayle Jonker was fired from her job as manager of Learning Adventures daycare in Cobden, on the 89th day of her 90-day employment trial.

The sacking came a month after she told staff she was appearing in an upcoming article about living with HIV.

Yesterday, Ms Jonker told the Greymouth Star that since the first article about her sacking broke in national media on Saturday, she had received a lot of support and an offer of help from a student studying law.

She is considering whether to take her case to the Employment Relations Authority.

Her HIV status was made public when she told staff ahead of a newspaper feature. One family member of a pupil at the Cobden daycare subsequently contacted the Greymouth Star to express his alarm, but the newspaper did not pursue the story out of respect for Ms Jonker's privacy.

Ms Jonker said when she was fired she initially regretted the story, but soon changed her mind.

``The article was wonderful, and I feel very positive about being a part of it.''

She trained as a positive speaker after being diagnosed with HIV, and now helps others newly diagnosed.

Ms Jonker was visibly upset yesterday when talking about her sudden departure, as she did not get to say goodbye to the staff and children.

``Some were really anxious [when they found out her diagnosis], but once we talked through it they were amazing, wonderful. Supportive and embracing. I loved working and being part of the community.''

Ms Jonker, who moved to Greymouth in March and bought a house, loves the town and will remain there with her partner.

The Cobden daycare is owned by Auckland-based Evolve Education and chief executive Mike Finlay said the decision to tell parents about Ms Jonker living with HIV was made to educate and inform parents before they read an article about her in the media.

Mr Finlay said the sacking was not connected to her HIV status, but he would not say why she had been fired.

However, he defended the decision to tell parents - which apparently included knocking on their doors at 8pm on a Friday night - so they were ``fully informed of the absolute situation and, if anything, the fact their children aren't in any particular danger whatsoever''.

Ms Jonker said she was not obliged to disclose that she had HIV, contracted in 2011 while single, and said she did not. It was well-managed through medication, meaning it was suppressed in her system, undetectable and she was not contagious.

She had told the staff at Cobden as a courtesy, and was also planning to let her manager know.

However, before getting a chance to make that call, the manager rang her, having been told by another of the company's employees.

She was told the company wanted to send a letter informing parents with children at the centre, along with its child illness policy and a pamphlet on HIV.

At a meeting last week, lasting four minutes, she was fired.

Ms Jonker said she believed one reason for the sacking was that it was her 89th day since starting the job. The 90-day employment rule gives employers the right to fire staff without giving reasons.

Evolve said in a short statement today: ``We can assure you that Evolve does not discriminate against anyone with HIV and respects all human rights.''