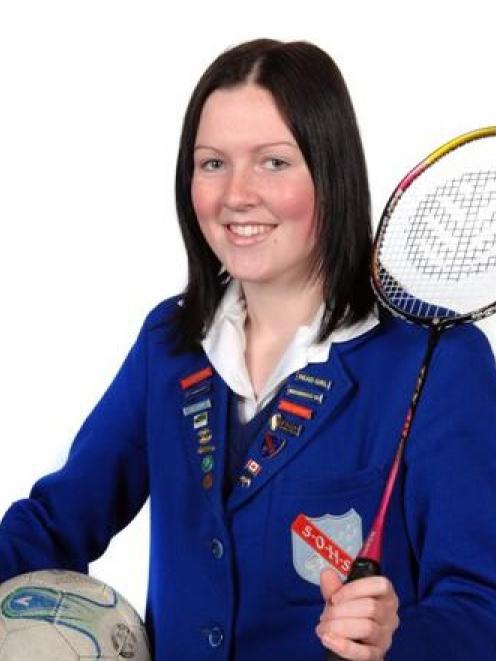 ‘‘I'm better at swimming but I enjoy netball,'' she said.

The 17-year-old South Otago High School pupil loves the ‘‘competitive side'' of sport and has a long list of achievements to prove it.

Along with playing for the school's top netball team, she is an under-17 netball representative and was selected for the Otago development trial.

Stephanie has also represented the province in swimming as an Otago Country swimming representative.

From chlorine to salt, she also spends a lot of her time at Kaka Point as a surf lifesaver.

Success came her way in the sport when she received an IRB crewman award and a bronze award.

Different cultural activities benefit from her enthusiasm during school as she is involved in productions and Stage Challenge.

Becoming head girl was a proud moment, and she displayed leadership qualities through the role this year, as well as being a peer support leader.

Hopes for the future: ‘‘I want to be a primary teacher or a PE teacher.'' She planned to study at the University of Otago next year.