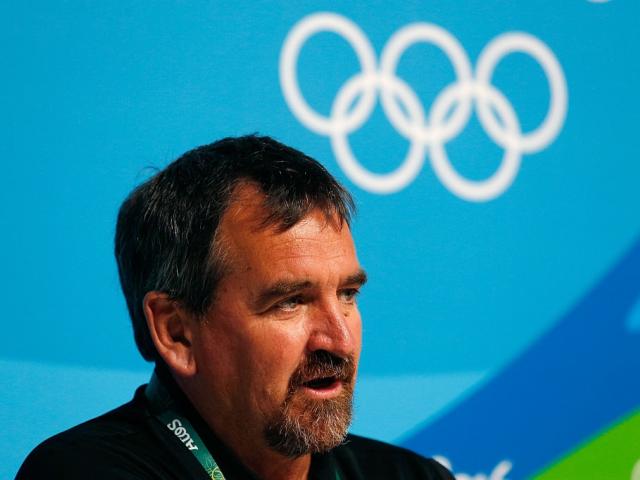 Scott Goodman. Photo: Getty Images
It's not bigger than Ben-Hur, but Athletics New Zealand is preparing for something close to epic proportions ahead of next year's Olympics.

The sports organisation is considering the prospect of their athletes having no major international competition ahead of the postponed Tokyo Games in 2021.

They're holding a training camp in Hawke's Bay to get a lot of their top athletes together following the covid-19 lockdown.

There are 15 athletes, mainly throwers and jumpers at the camp, with the middle distance runners to join in over the coming weeks.

After training in isolation during level four lockdown, most of the squad have been able to use High Performance New Zealand facilities for the last month and High Performance Director, Scott Goodman says the next step was to get them together.

"We thought this would be a good chance to get people together in a supportive environment where they can talk to each other and get each other motivated."

Athletics New Zealand will discuss with athletes and coaches what their preparation for the Olympics may look like.

"We think there's a pretty slim chance of international travel between now and Tokyo so we're planning on preparing here in New Zealand."

"Hopefully we get some competition in Australia within a couple of months but yeah it's not bigger than Ben-Hur, the aim is to have some competition against Australian athletes in November and December so we'll still get a five month build-up."

Goodman says most of their athletes have come out of lockdown in pretty good shape physically and mentally.

He says the athletes are accepting of the time the country is going through and what it means for them.

"The guys I talk to are very logical and accepting of that, so they all realise that they've all played their part and in an uncanny way it's brought them together."

"They're looking forward to the games next year and the different preparation it's going to take to get there so there's a lot of positivity."

"The challenge for us now is how do we keep that going... we've come out of isolation and there has been a bit of a lift, but where will we in two of three months, that's the challenge and we don't want to drop the ball on that."

Goodman says he's also been talking to other New Zealand Olympic sports including rowing, cycling and triathlon, who are in a similar boat and they're also all looking at how they prepare from New Zealand for the next 12 to 15 months.

He says New Zealand will hopefully include Australia (if a trans-Tasman bubble is put in place).

"Australia is a big bonus for us hopefully, if we can get an Oceania competition going we'll be pretty right."

"So by the end of this camp I'll be talking to the guys about what do we do in October November, do we run something like this again or do we support individual athletes or individual coaches and their squads to maybe train in North Queensland where it's warmer."

"It's unusual circumstances, in any other year Tom Walsh would already be based in the US, Val Adams would be in Switzerland and they along with others would be competing in various meetings around the world."

Thanks to extended funding from High Performance Sport NZ, Goodman says their athletes are covered financially, but on the ground there may not be any coliseums for them to compete in for a while yet.