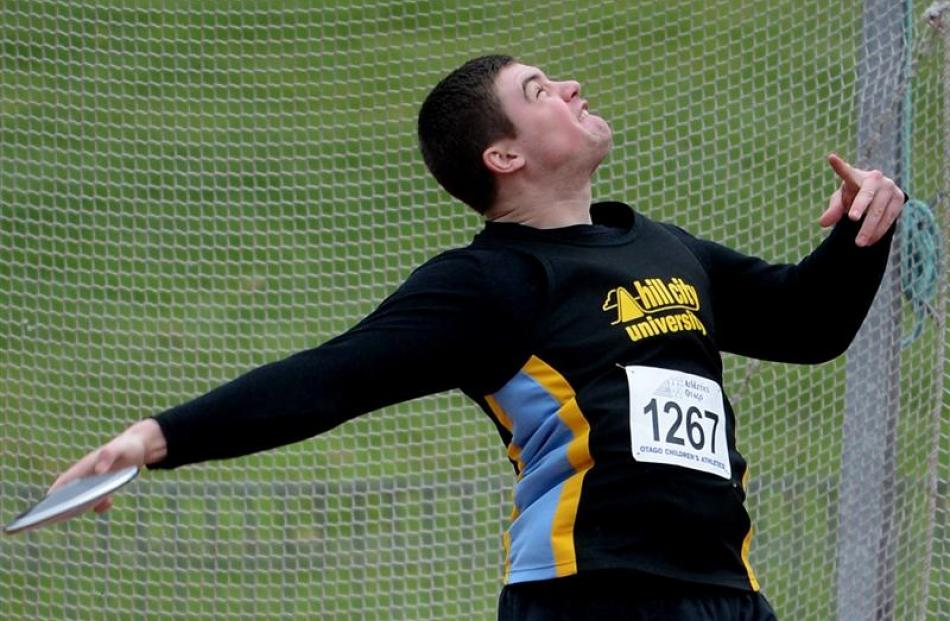 Bryn McLeod-Jones in action at the Caledonian Ground on Saturday. The 21-year-old won the open men's shot put (12.51m) and the open men's discus 38.47m. Photo by Linda Robertson.

Jessica Hamill made a record-breaking start to the track and field season at the Caledonian Ground on Saturday.

The Taieri para shot putter, who won silver at the 2010 Delhi Commonwealth Games, extended her own national record in the F34 class by a whopping 25cm with a 7.10m put.

She set the old record (6.85m) in Cairns in May, and is part of the eight-strong New Zealand team preparing for the International Paralympic Committee world championships in Qatar next month.

The first track and field meet of the season was moved forward by a couple of weeks so the New Zealand team, which includes six Otago athletes, could compete as part of its 10-day camp.

Hilary Harper (Christchurch Avon) edged Christina Ashton in the women's 100m by 0.61sec with a 12.37sec dash to the line.

Harper, who was in the city to celebrate Maddy Spence's 18th birthday, then edged Spence in the 200m by 1.06sec with a time of 26.83sec. Spence had to settle for third behind Kirsty Sutherland (Hill City-University), who stopped the clock in 27.47sec. 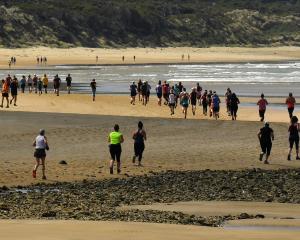 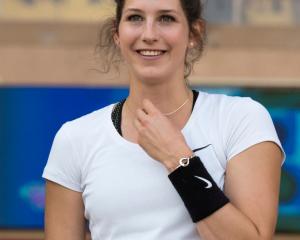 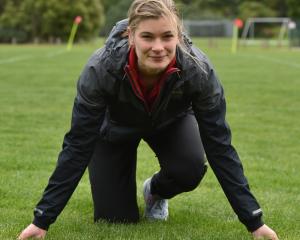 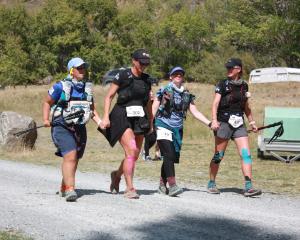