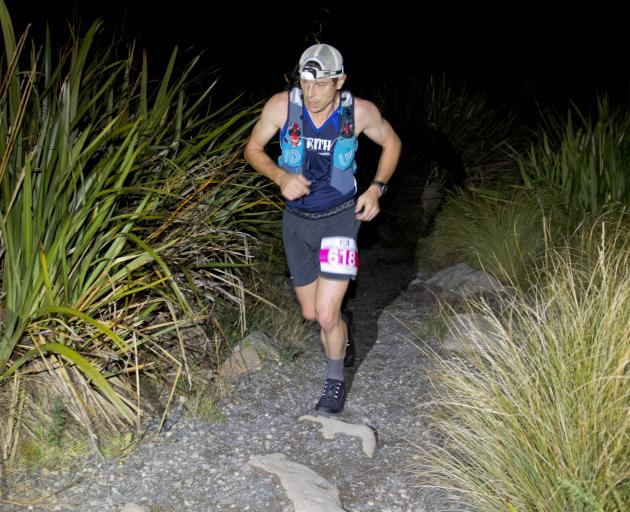 Chris Bisley runs through the dark on the way to winning the Three Peaks Plus One Mountain Race yesterday morning. PHOTO: GERARD O’BRIEN
Chris Bisley has once again emerged as the king of Dunedin’s mountains.

The ultra-marathon runner defended his title in the Three Peaks Mountain Race plus one category yesterday morning.

It was the second year the distance has been run, the course climbing Flagstaff, Swampy Summit and Mount Cargill like the traditional race, but also adding an additional loop.

Rose Pearson won the women’s plus one race.

She finished in 6hr 40min 13sec, four minutes ahead of second-placed Brooke Thomas.

In the traditional 26km race — now in its 38th year — less than five minutes separated the top three men.

Nancy Jiang took a convincing win in the women’s race.

Her time of 2hr 33min 06sec was 12 minutes ahead of Margie Campbell, who finished second ahead of Kristy Eyles.

Lydia Patillo came in first in the women’s 11km race, her time of 1hr 18min 38sec well-clear of Becky Lawrence in second.