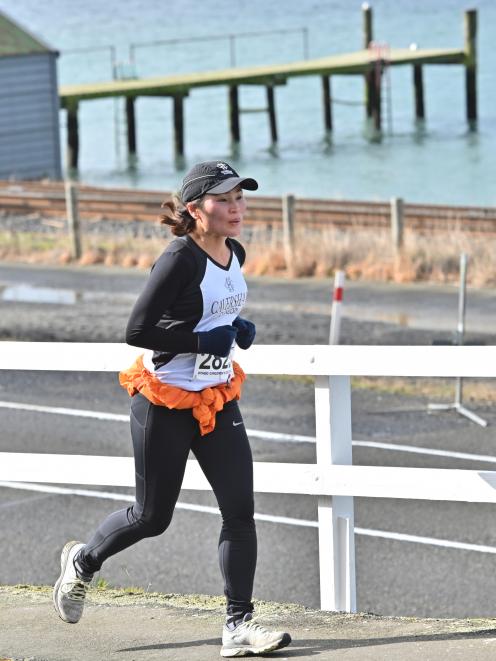 Chisholm (36) had a race he would rather forget last weekend. Things fell apart for him in the annual 10km Clyde to Alexandra Road Race. But his run to victory from the 24min mark on Saturday proved reassuring for the Alexandra-based accountant. His victory handed him his second trophy for the winter season, following his victory in late June at the Edmond Cup Steeplechase.

"I didn't know how I was going to go. But I had a good handicap, so that always helps," Chisholm said.

Chisholm said his plan was to make a slow and steady start on the hilly first half of the course.

"If that goes right, then you're in with a chance," he said.

Chisholm went through St Leonards in 33rd place and appeared to be wasting little time in reeling in front-markers despite his tactic.

As the only runner to leave from the 24min mark, Chisholm found it beneficial not having the distraction of anyone around him as he was able to settle into his own pace and run his own race.

He felt pretty good hitting the flat part of the course through Ravensbourne and was able to wind up through to the finish in Butts Rd.

"I felt pretty happy with that," Chisholm added, who clocked 46min 20sec for the distance.

Co-coached by Chris Sole and Nathan Baxter, Chisholm is considering entering the national half marathon championship section of the Dunedin Marathon in two weeks' time, before taking a break from competitive running while he and wife Nicola await the birth of a second child is expected in February.

The pair now have the distinction of becoming the first husband and wife to have won the two open categories.

Eyles (Caversham) started from the 21min mark and wasted little time in settling into her work rate over the demanding terrain.

She was in 30th place by the midway stage at St Leonards and lifted the pace through Ravensbourne, clocking 51min 34sec.

Eyles (35) a Dunedin orthodontist assistant, put her win down to local knowledge. Living in Sawyers Bay, she trains over the road most days.

"I just run to work that way," she said.

"It's my local run. I know every nook and cranny."

Eyles will contest the 30km section of the Great Naseby Water Race next weekend with husband Aaron, followed a week later with the half marathon section of the Dunedin Marathon.