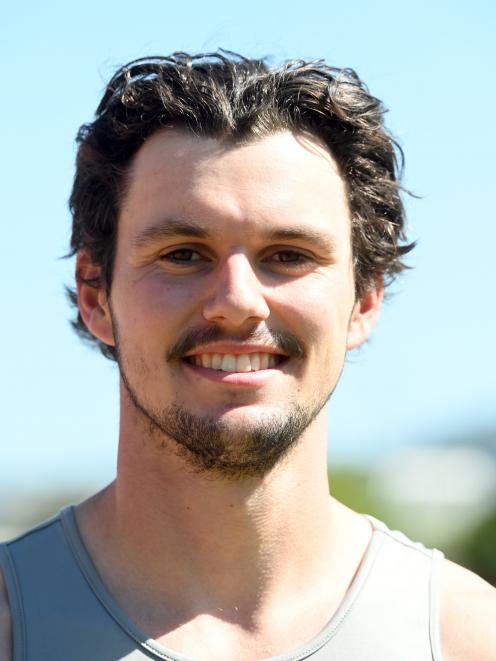 Felix McDonald
John Gerber claimed an impressive pair of national titles to add to Otago's haul over the weekend.

He was joined by Schuyler Orr, Jackson Rogers and Fergus McLeay, as Otago added to its success from the age-grade events late last week.

Gerber and McLeay were then joined by Felix McDonald and Russell Green to claim silver in the senior men's 4x400m, being narrowly edged by Auckland.

It was an impressive weekend for Gerber, who was in his first year in the senior grade.

McDonald accounted for Otago's other gold medal over the weekend.

He jumped 7.56m to reclaim the senior men's national long jump title he last won in 2020.

He was pushed closest by Auckland's Lewis Arthur, who pulled out an impressive 7.51m.

Jade Zaia and Kieran Fowler threw 48.59m and 47.91m respectively to win silver and bronze in the senior men's discus.

The javelin produced a similar result as Anton Schroeder and Kieran Fowler threw 57.63m and 56.37m respectively to claim a silver and bronze.

She was beaten by former Otago thrower Tori Peeters, who broke her own national record with a throw of 62.40m to win gold.

Robinson also finished second in the para-shot put with a throw of 11.17m.

Zharna Beattie and Dyani Shepherd-Oates delivered strong displays in the senior women's discus and hammer too.

They both finished fourth to just miss out on medals.

He was beaten by two classy performers in Marcus Wolton and Hamish Kerr, who cleared 2.07m and 2.15m respectively.

On the track, Oli Chignell ran a 6sec personal best to claim bronze in the senior men's 1500m.

He finished in 3min 43.79sec, mounting a fast finish with Julian Oakley in an attempt to chase down winner Sam Tanner.

Anna Grimaldi also ran a strong personal best of 12.60sec to record the fastest time in the para 100m, although finished second on percentage.

She also jumped 5.52m to finish sixth in the senior women's long jump.