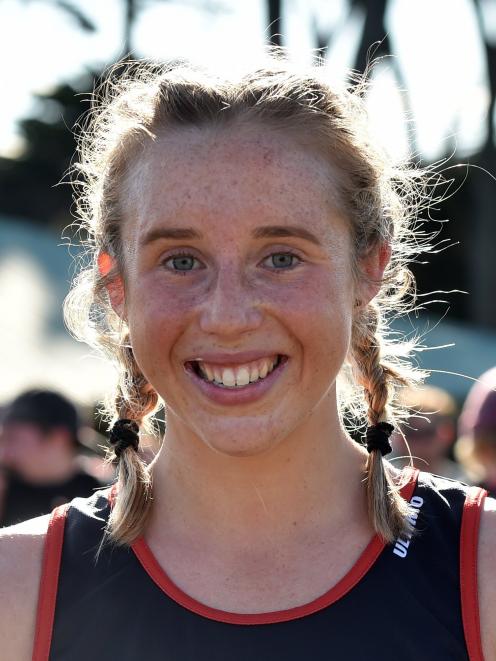 Eva Goodisson. Photo: Peter McIntosh
Eva Goodisson admits she is not used to running 10km in a cross-country.

It was a little ironic, then, that it was in the final kilometre that she did her damage on Saturday.

Her time of 38min 59sec left her 40sec ahead of Greene, but it was a far closer race than that suggested.

The pair, as well as Manawatu-Whanganui’s Kara Macdermid, could not be separated for much of the race.

While the duo dropped Macdermid midway through, neither let the other get away.

Greene looked to make a move at the 8km mark and opened a small gap.

But Goodisson fought back and kicked through to claim victory.

It was an impressive way to win for a runner who has only run a handful of 10km races.

In the United States, where she runs for the University of California Davis, women’s cross-country races are 6km.

She said pacing herself had been key, although admitted to having struggled through the final 3km.

"What I have learnt from the one or two 10km I’ve done is that you don’t want to go out hard and destroy yourself in the first half of the race. Then you just have nothing to finish with,"‘ she said

"So it was good we were able to stick as a small pack in the first half; I was feeling pretty comfortable.

"It was definitely a mental battle in that last lap."

She said it had been great to run against Greene, having heard a lot about her and knowing she was a talented runner.

Greene had been happy with the race, although felt it was just a case of having nothing left when Goodisson made her final move.

"I went the hardest I could go, I think. I gave it a good crack. But just didn’t have the strength in the end, I think." 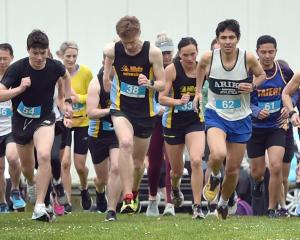