Palmer out to repeat 2012 victory 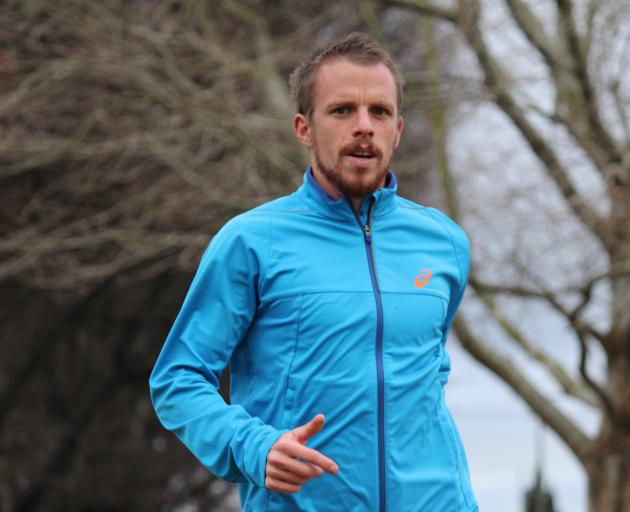 Jason Palmer: ‘‘The big goal for me is to get my marathon time down to 2hr 20’’. Photo: Samuel White.
It has been two years since he ran over the distance but 2012 Otago Marathon champion Jason Palmer will be one to watch in next weekend’s Dunedin Marathon.

Palmer (32), the year 10 dean at South Otago High School, is not unfamiliar with the Otago Harbour course and the challenge it presents.

He won the 2012 event on the back of ironman and triathlon competition, which kept him from returning in 2013 to defend the title. But Palmer returned in 2014 to win the associated half-marathon in a smart 1hr 13min 19sec.

When living on the Gold Coast in 2006, a friend bet him $100 to enter the region’s annual marathon. Palmer duly entered and completed the marathon course in 3hr 40min.

"It wasn’t a good experience. I finished in horrific pain and couldn’t walk for about five weeks afterwards."

For the record, Palmer is still waiting on the $100 bet to be honoured.

After returning to Dunedin, Palmer, now bitten by the running bug, entered the now defunct 28km Waipori Footrace. He got to know local runners and was encouraged to join Dunedin ’s Leith Harrier Club, and has continued to go from strength to strength with his running since.

The ease with which he began to find running a marathon led him into triathlon and ironman competition. But his experience with the washed out Taupo event in 2011 left him flat and disillusioned with the triple-discipline sport.

"It was a lot of time and effort for no result. But that’s the way it goes. Psychologically, you train for the full ironman distances and then only be able to do a half is a bit tough."

The birth of daughter Esme in August 2015 resulted in Palmer taking a sabbatical from the sport, only to return to training over the past four months.

Esme features as a big part of his training regime as Palmer runs while pushing her along in her pushchair as part of his late afternoon training.

Becoming a father and with a refreshed approach and outlook Palmer has renewed enthusiasm for life and running, and does not lack for support.

Partner Megan Balchin, a past Otago middle-distance champion, works around his early morning and evening longer individual runs and, at times, cracks the whip while cycling alongside him.

After his return to running over recent months, Palmer has no intention of returning to ironman or triathlon, adding that he is really enjoying just getting back into running and will base any endeavour solely around  that.

Palmer’s best time for the marathon is the 2hr 30min he clocked in Christchurch three months before Esme was born.

His  goal is to race either the Auckland or Christchurch events next year to beat his targeted time.

The first step to achieving this came at the Otago Road Championships in which he finished second to Stafford Thompson.

As for his plans for the Dunedin Marathon, Palmer said if the weather gods were smiling and it was  a good clear day, he would go out at 2hr 30 pace and see what happened.

But based on Dunedin’s changeable weather, he said that there was always a plan B and it could become more tactical.