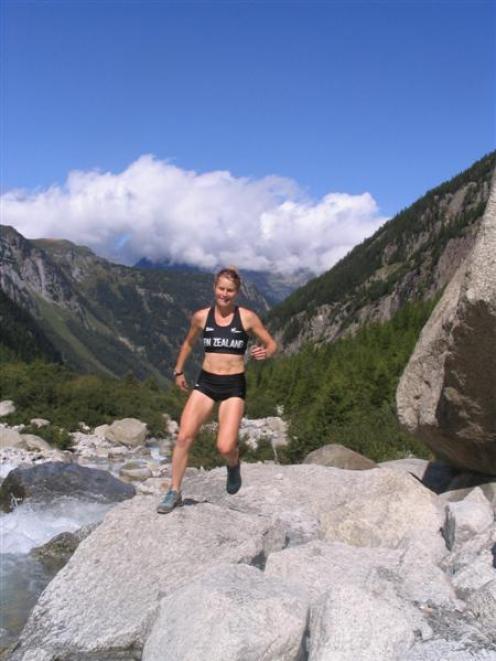 Frost (26), who was suffering from a throat infection, dug deep to hold on to eighth place and finished the series with 315 points, 23 points ahead of Mateja Kosovelj, of Slovenia, in second place.

The title completes an impressive year for the Wales-based runner, who finished 10th in the world mountain running championship in Switzerland in September.

"This is kind of the peak of her career but having said that she could probably do better at the worlds," Jenny said.

"But she is having a lot of fun and this is a wonderful climax to the season."

Frost produced some consistent performances to claim the title.

The former Hill city runner finished fifth in the second race of the series, and went close to winning the third race but was beaten by just 2sec in a sprint finish with Italy's Renate Rungger.

However, fourth and second-place finishes in the fourth and fifth races of the series gave Frost a decent lead going into the final race of the season.

The six-times world mountain running champion finished fourth in the final race of the season but had amassed sufficient points during the series to secure the win.

He scored 394 points to beat Marco Gaiardo, of Italy, by 44 points and Mitja Kosovelj, of Slovenia, who finished with 297 points.