Spikes project shoo-in to be success 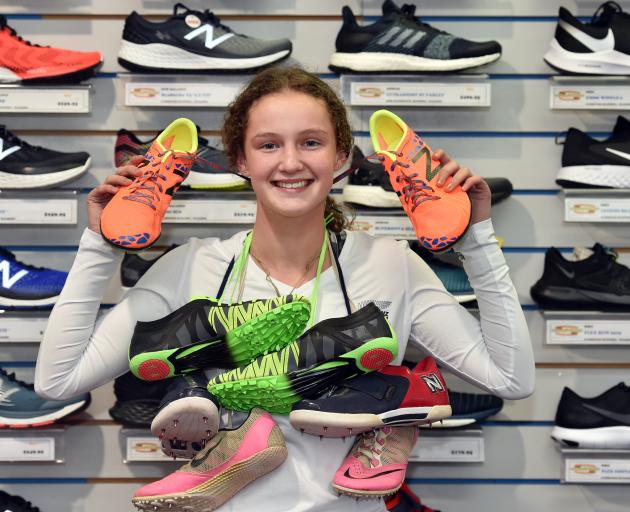 Otago hurdler Sarah Langsbury is collecting running shoes which she plans to donate to Pacific athletes when she competes at the Pacific Games in Samoa next month.PHOTO: PETER MCINTOSH
Sarah Langsbury is used to getting over obstacles.

But now the 16-year-old Otago hurdler wants to help her rivals in the Pacific by giving them something most of us take for granted - shoes.

Not just any shoes, of course. Super-duper, go-fast shoes called spikes by those in the trade.

They are a must for serious athletes but a luxury in Samoa where Sarah will compete next month.

The St Hilda's Collegiate year 12 pupil has been named in the New Zealand athletics team for the 2019 Pacific Games.

The event will be held in Apia on July 7-20. It is the first time New Zealand has been invited to participate in some of athletics events at the multi-sport competition.

Sarah will arrive bearing gifts. She came up with the idea of donating her spare spikes but, after a chat to her father, Hoani Langsbury, fixed on a more ambitious plan.

"I have two spare pairs of spikes which just sit around at home, so I thought 'why not take them with me for people who need them?'"

"Then I thought `well why don't we make it a nationwide campaign, so everyone who has shoes they don't use can donate them so they can be reused?"

Her father contacted Athletics Samoa president Leiataualesa Jerry Brunt, who responded positively to the offer and confirmed there was a real need in the region for quality equipment.

"We did a little bit of research and looked up their competitions over there. Barely any of them were wearing spikes; it was either socks or just bare feet," Sarah said.

Sarah is asking people to drop off or mail their old or new spikes to Smith Sports Shoes in Dunedin. She will take them to Samoa and hopes that means quite a bit of extra baggage to lug around.

Fellow Otago hurdler Christina Ashton was selected in the nine-strong New Zealand athletics team to compete at the Games but has pulled out due to study commitments.