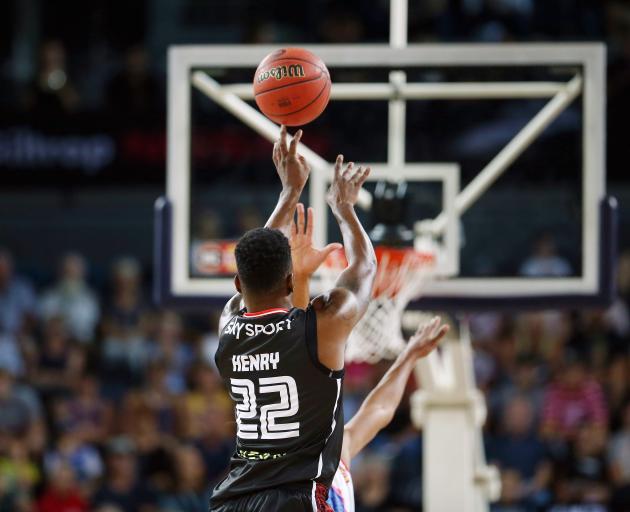 The Breakers' season is still up in the air. Photo: Getty Images
The New Zealand Breakers could lose and still advance.

Or they could win and not.

That is how tight the fight for the final playoff spot in the Australian NBL is this season.

The side plays the Southeast Melbourne Phoenix in its final regular season game in Christchurch tonight.

A win will take it to a record of 15 wins and 13 losses. That would — at least temporarily — put it into fourth spot.

The Brisbane Bullets can draw level with that if they win against the Cairns Taipans tomorrow.

However, their points difference is 23 beneath the Breakers. That means they will have to win big if the Breakers do indeed beat the Phoenix.

Perhaps more threatening is Melbourne United. It has a 13-win, 13-loss record, but has two games remaining against Cairns and Southeast Melbourne.

It also edges the Breakers on points difference by six.

That leaves it in a good spot if it can win both games, something it is more than capable of doing.

It may have it a little easier than normal, too.

The Taipans cannot finish lower than third and have a slim chance of jumping Perth in second.

That might mean they do not have the same desperation as the teams playing to stay alive.

The Phoenix will be without injured star Mitch Creek, although that will also benefit the Breakers.

If all the teams lose it will come back to points difference, which would play into the Breakers’ hands against Brisbane.

Higher up, the Sydney Kings lead heading into their final game.

For the second-placed Perth Wildcats to surpass them, Perth needs to win and has to haul in a points deficit of 49.