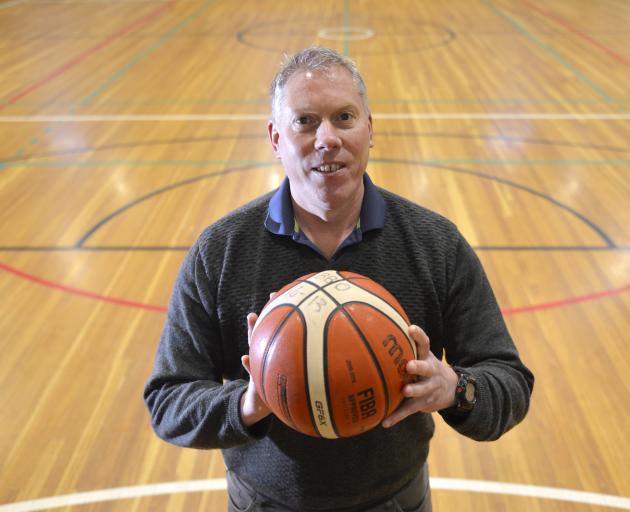 Peter Drew was ready to come home. Basketball Otago was looking for a new general manager. They made an ideal match.

The 51-year-old began in the role last week.

He has since spent 20 years working for the national tennis bodies of Australia, the United Kingdom and Wales.

It is an impressive amount of experience to bring back to a local level. But it is something he was excited to do, after a short stint in Wellington.

‘‘I wanted to get involved in a sport I had a good affinity with.

‘‘I was keen to get back to Dunedin, back to my roots, where I started playing sport. ‘‘That was my main motivation.

‘‘To be able to come back to my home town of Dunedin and get involved in a sport I grew up playing a lot of — that’s really great.’’

He was excited that the sport was thriving in popularity and hoped to maximise its potential.

Making basketball as accessible as possible was his key goal. Continuing to get kids playing was important, as was increasing female involvement.

The issue of teenage drop-out was another key one he identified, something affecting nearly every sport in New Zealand.

Basketball has become hugely popular at school level, although retaining more of those players after school was a focus.

He said it was important to create an environment which matched what the players were looking for.

Being innovative was key in that regard, as well as exploring concepts such as 3x3.

That would allow them to get what they wanted to out of the sport and hopefully keep them coming back.

His initial impressions had been ‘‘really good’’. He had noticed a strong passion among the community’s volunteers to help the sport thrive.

It was all a little different from the level he had worked at in the past — which included being boss of Tennis Wales.

But he was enjoying being ‘‘back at the coal face’’, and brought back plenty of lessons from his time away.

‘‘It was just a great experience, working in the UK sporting system.

‘‘To understand how to develop sport in the best way to increase accessibility, work with coaches and developing workforce to be able to effectively deliver a sport

‘‘You learn about how to successfully run a sporting organisation and good governance, and also how to develop high-level athletes.’’