Nicole Ruske
Ajax demonstrated its class to stay atop the table.

It remained unbeaten with a 65-49 win over Andy Bay Kavanagh in women’s club basketball at the Edgar Centre in Dunedin on Tuesday.

The side was without star forward Zoe Richards, who is at a Tall Ferns camp, although it still had plenty of quality to draw on.

They provided Ajax with its early scoring to take an 11-7 lead, before extending that to 28-17 at halftime. 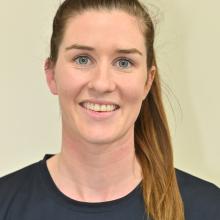 Kavanagh reduced the gap to nine in the fourth.

It nearly closed the gap to six — an Annabelle Ring (12 points) three-pointer going in and out.

That was the closest it got as Ajax closed out the win.

Bronwyn Kjestrup scored eight of her 10 points in the final quarter.

The South Pac Magic made it three in a row with a 79-24 win over a South Pac OGHS side still without key guard Hannah Matehaere.

Te Araroa Sopoaga and Kylie Maihi had 18 points each, while Fay Fualau and Georgia Te Au added 17 and 15 respectively.

Te Au scored 10 of the Magic’s first 16 points, including two triples, before a head knock forced her to sit out most of the rest of the game.

Maihi filled that void, starting the second with two of her own from deep, her 10-point quarter helping the side to a 43-9 halftime lead.

From there it widened the gap, Sopoaga the prominent scorer throughout the second half.

In the late game Varsity beat the Andy Bay Falcons 73-34.

Gabby Arnott scored the side’s first eight points and finished with 15, while Elly Koehler top-scored with 17.