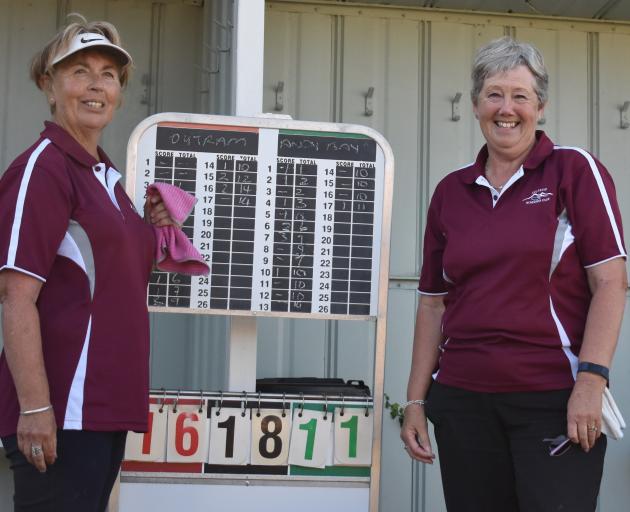 They survived a first-round scare to pip Carolyn West and Malia Tavite (Forbury Park) 17-15 before progressing to the final.

On the other side of the draw, Andersons Bay mother-and-daughter combination Shannon Eathorne and Cathy King appeared odds-on favourites for a rare double, having won the open pairs title earlier this year.

After the first seven ends of the final, few would have bet against Eathorne and King securing the double title feat.

They held a 9-1 lead as Eathorne was a model of consistency in honing in on the jack and applying pressure on Swallow, the Outram skip.

Stung into action, Swallow led a three-shot comeback on the eighth end, and the Outram pair won nine of the final 11 ends to claim a 16-11 win.

The manner of the Outram victory was something to savour for Boorer, as it was her first centre title.

For Swallow, winning her 17th title was made special with Gloria Shine, her team-mate from the successful Dunedin team that won the 1998 national fours title, on hand to witness Outram’s victory.

"We didn’t give up. Christine and I are fighters," Swallow said.

"I’m especially proud of Christine to get her first centre title.

"It was a team effort and that is what bowls is all about."

The two had not expected to go deep into the competition and had arrived without any food or drink, so had to make a dash around the corner to a local dairy for a couple of plums and a pie.