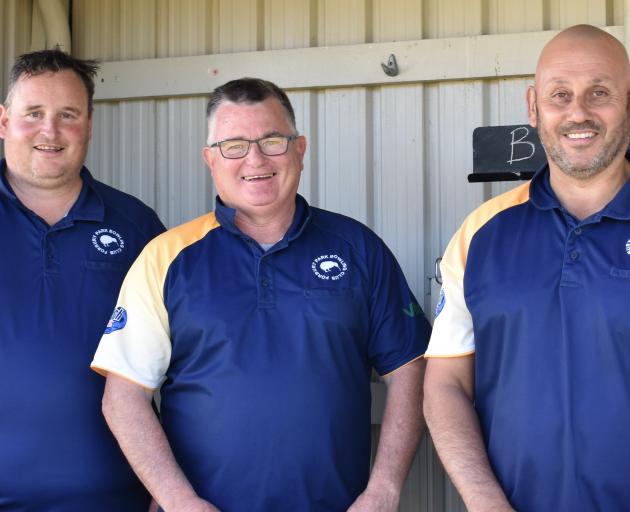 It was a tense battle, the inconsistent nature of the green and wind offering little assistance to the players in their attempts to settle in to a consistent line and weight.

Stumbles and Darling had a right royal battle, and Fleming and Craik were equally adept at drawing weight on the head, leaving each end to the drawing ability of the skips.

Forbury Park grabbed a 3-0 lead after the first two ends.

Brighton hit back on the third end to close it up at 3-2, but a four on the fourth end and a single on the fifth gave Forbury Park an 8-2 jump with Hislop showing an ability to correct to the right weight and draw down a good line.

Brighton fought back to 13-13 with three ends to play.

With Stumbles and Fleming placing a scoring shot on the game-breaking 16th end, Hislop sneaked a third shot through to hand Forbury Park a 16-13 advantage heading into the penultimate 17th end.

After a seesaw end, Forbury took a 17-13 advantage heading into the final end.

Just as it appeared as if Brighton would put up big numbers to force an extra end, Hislop fired down a drive that opened up the head, leaving Brighton with just one scoring shot to shut the game down at 17-14.

"When the Brighton boys put the pressure on, we had to hold our nerve,” Hislop said.

It was Hislop’s first title in the Dunedin competition since transferring from South Otago five years ago.

For Stumbles, the title was his fifth, which will earn him a gold bar, while Fleming is one away with the title being his fourth.

For Brown, it was two titles in as many days as the day before she beat Malia Tavite (Forbury Park) 21-20 in a cliffhanger to win the women’s champion of champions singles.