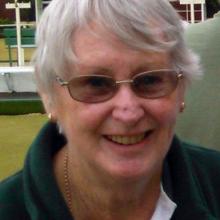 For Green Island team captain Lyn Rance, the victory proved one to savour.

In her 29 years of playing, it is just the second time the club has secured the Dunedin regional title .

After knocking out defending champion Taieri in the semifinals, Rance knew the task of winning the title was not going to be made any easier once discovering Green Island opponent would be an in-form Fairfield combination, which downed North East Valley in the other semifinal.

“Jan [Hall] played very, very well,” she said of Hall setting the club up with a 21-9 victory in the singles.

“Sarah [Ibbotson] and I really clicked”, she said of skipping the club to a commanding 27-6 victory in the pairs and securing the title and forcing an early finish to the fours competition.

“That happens in fours quite often. You have those days,” Rance said of the fours being put under the gun by a fired-up Fairfield.

Of her victory in pairs, Rance said it was satisfying given that they managed only to draw with Fairfield in the qualifying rounds.

“We were determined to get them this time,” she said.

“Marvellous”, was how Taieri captain Dave Archer called the club’s victory in the men’s competition, its Its first in over a decade.

“It’s been a long time between drinks for us. It was a very good team effort.

Victory for the Taieri men’s team was secured with wins for Karl Mason (singles) and the pairs combination of Jim Finnerty and Andy McLean, putting an early end to the fours with the scores tied at 8-8.

“Karl had some very close games and pulled the big out in the final. The pairs and my fours have remained unbeaten, Archer said of his team.

The Taieri team which also included Warren Tisdall, John Killen and Dave Mercer in the Archer-skipped fours, dispatched the in-form Forbury Park in the semifinals, while Taieri’s finals opponent, Kaikorai, saw off Fairfield in the other semifinal.

Archer said that it has been the women’s section of the club flying the flag for the club over recent years and it was nice for the men to have now contributed to the club success.