Lawson relishing his return from the wilderness 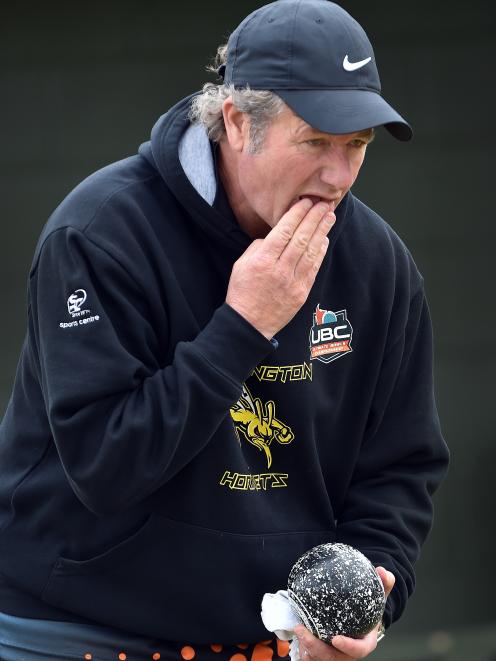 Gary Lawson prepares to deliver a bowl during the NEV 10,000 at the North East Valley Bowling Club yesterday. PHOTO PETER MCINTOSH
He has been a decade in the bowls wilderness, but one of the most talented and consistent lawn bowlers New Zealand has produced over the past 30 years is back and looking to enhance his international reputation.

Canterbury's Gary Lawson (54), recently made a triumphant return to international competition when he helped secure two gold and a silver as a member of the New Zealand team at the recent Asia Pacific Bowls Championships at Broad Beach on the Gold Coast.

Lawson struck gold with world champion Shannon McIlroy (Nelson) in the pairs and was part of the New Zealand team which won the overall competition. He narrowly missed a third gold in the fours, having to be content with silver.

It was not a bad result for a player returning to the fold after 10 years and was a positive sign for national teams in the build-up to the 2022 Commonwealth Games.

"It's been a long time. We couldn't have asked for a better team."

He said his Asia Pacific experience showed him what he needed to work on for future international tournaments.

"I'm definitely hungry for more and really keen to get back there next month, to have another crack at the Aussies in the transtasman,"

He said when he last competed in the transtasman series it was the pinnacle and up there with the Commonwealth Games.

"It's a great way to measure yourself.

"The Aussies at the end of the day are on their home track and among the best in the world. What better chance for us to measure ourselves and see where we need to improve going forward."

He added that he is looking forward to returning to the Broad Beach venue for the transtasman.

"It's one of the best places in the world to play bowls," he said.

"You never turn down an opportunity to go back there."

As for his thoughts of retiring from the game last year, Lawson said he had had a change of heart.

"I had a chat to a few people and decided to hang in there. I'm really enjoying it. I've got some goals that I set and would like to achieve."

He said he was aware

there were a number of

top class bowlers around at the moment and that he needed "to just keep playing well".