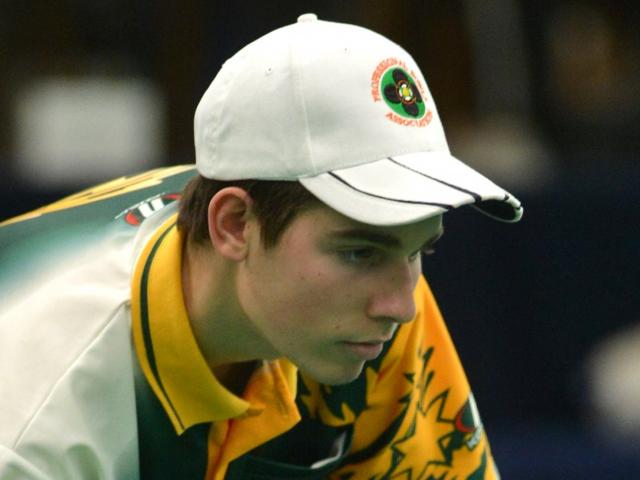 He has come storming back and is now matching the best bowlers in the country.

The proof came on Saturday in the PBA in a closely fought ranking singles final at the Dunedin Bowls Stadium, when he beat experienced international Andrew Kelly (Christchurch) 9-7, 5-6, 2-1.

Mason kept his nerve on the last end of the tie-breaker when his third bowl squeezed in alongside Kelly's shot bowl and the jack moved backwards and sideways to his own bowl.

Mason (23), a duty manager at Centre City New World, started competitive bowls with his twin brother Oliver when he was a pupil at Otago Boys' High School 10 years ago.

''I had been playing competitive bowls summer and winter for seven years and felt I needed a break to do other things,'' he said.

The plan worked and Mason came back strongly last summer to win his first Bowls Dunedin title and the bronze medal in the New Zealand club pairs with Mike Bracegirdle.

Mason needed to be at his best because Kelly (29), a Christchurch structural engineer, travels to Dunedin for each regional PBA event to improve his bowls.

He has been a regular in the Black Jacks 10-man squad over the past seven years and has competed in three PBA international World Bowls finals in the United Kingdom.

The game was a high quality one with both bowlers on target. There were few loose bowls. Kelly gained seven touchers and Mason five.

On the first end of the second set, umpire Michael Ayers was not able to separate the shots and awarded no points on the drawn end.

The limited number of drives and weighted shots were accurate. On the seventh of the nine ends in the second set, Kelly's weighted bowl took out the shot bowl and gave him two shots and the lead, 5-4.

On the second set of the tie-breaker Mason gambled with his drive. It came off and the jack sped out of bounds. When the jack was placed back on the green, Kelly was awarded the end on the umpire's measure.

Mason was in a New Zealand under-18 squad four years ago and his goal is now to get into the Black Jacks.

There were three catch-up games in the ranking singles that could not be played in last month's PBA regional event in Dunedin.

Dunedin dairy farmer Marty Kreft played the miracle shot with his last bowl to take himself and partner Keri Rupene into the national final of the pairs at the weekend.

They beat the Dunedin pair of Paul King and Duane White 11-7, 7-6, in the World Pairs qualifying event at the Dunedin Bowls Stadium.

Kreft and Rupene had won the first set but were on the back foot before the final end and needed three points to draw the set and win the match.

''We held one shot, but needed two more to draw the game,'' Kreft said.

''I had to hit Duane's second shot square and push the jack back to our bowls.''

It worked better than expected and they collected four shots and won the set and game.

The win was significant, because King and White have both competed in PBA world finals in the United Kingdom. White has also been a member of New Zealand PBA teams for the Trans Tasman series on three occasions.

Kreft (42) and Rupene (44), who works for the Department of Corrections, played together as a pair for the first time last summer with the Taieri club and never lost a game.

This continued in the PBA at the weekend with wins against Dunedin's Elliott Mason and Coryn Huddy 8-4, 5-5, in the second round and Roger and Bronwyn Stevens (Southland) 9-3, 9-2, in the semifinals.

They were tested in the final when King and White led 6-0 after two of the seven ends in the first set. But they came back steadily and ended the set with a three and four on the last two ends.

King and White beat fellow Dunedin pair of Jonty Horwell and Sue Smeaton 6-6, 9-3, in the semifinal.

Horwell and Smeaton cause a major upset when they beat last year's New Zealand champions Andrew Kelly (Christchurch) and Andy McLean (Dunedin) 1-10, 5-3, 2-0, in the second round.