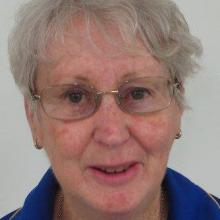 Lyn Rance.
Planes, winds and automobiles all combined to get the Otago team to the start line for the New Zealand mixed fours finals on Saturday.

The Dunedin-based team of Daniel French, David Webb, Lyn Rance and Jenny Cowan flew from Dunedin airport on Friday afternoon but could not land in Wellington — the venue for the final — because of strong winds, and was diverted to Christchurch.

"After an hour wait we tried again and this time flew on to Auckland," Webb explained.

But Wellington airport was still out of bounds until the next day.

Faced with the likelihood of missing the start of the finals, the team was determined to reach Wellington before the 10am start on Saturday morning.

The four players hired a rental car in Auckland, drove nine hours and arrived at the motel in Wellington at 3am on Saturday.

The team had about four hours’ sleep and arrived at the Expressions Events Centre, Upper Hutt, before the start of the seven-game competition, somewhat weary but looking forward to the competition. Otago drew its first game against Northland 9-9 and beat last year’s champion, Upper Hutt, 11-3 in the second game. 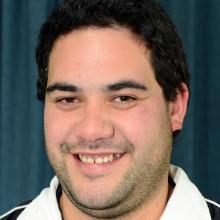 Daniel French.
But tiredness hit the Otago players after the lunch break and they lost the next two games.

"We hit a brick wall after lunch and were like four zombies on the mat," Rance explained.

Otago lost its fourth game to the winning Tauranga four of Paul Smith, Mike Phipps, Fiona Keegan and Lorraine Phipps 11-7 and was in sixth place at that time.

However,  it got a second wind and came home with a rush to win its last three games to finish runner-up. Otago won four games, drew one and lost two.

Webb was also in the Otago team that finished runner-up in the Welch Trophy final six years ago.

It was the best performance at a national  final by Rance and Cowan. French won the Henselite singles in 2014.

The mixed pairs was only in its second year and was won by Southland’s Graham and Jan Low, who won the regional event in Dunedin. The Invercargill husband-and-wife pair won five games and lost two.They finished level with Wairarapa on 10 points and won on the countback of ends.