Boxing: Trash talk over - let's get ready to rumble 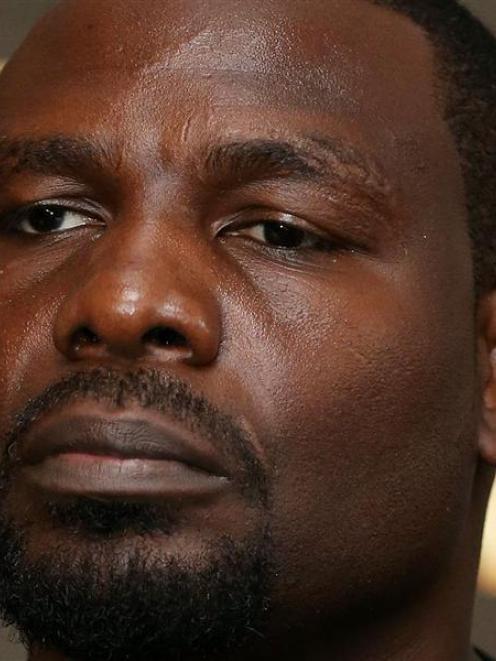 All the fighting talk is done and now the Super 8 contenders are ready to put fists into action when New Zealand's inaugural eight-man heavyweight elimination tournament touches up tonight at Trusts Stadium in Auckland.

Five overseas fighters and three New Zealanders will battle it out over three, three-minute rounds in a quarter, semi and final-type format.

The boxers were full of confidence when they weighed in at the Sky City Casino yesterday.

Rahman (41) has not fought since 2012 and goes into the tournament with a 50-win, eight-loss and two-draw record, including 41 knockouts.

He looked in good shape when he weighed in at 115kg for his showdown against New Zealand underdog Antz Nansen.

Rahman said he was not bothered with what Nansen would bring.

''He should bring a pillow because he is going to go to sleep,'' he said.

Rahman said being out of the ring for two years had benefited him because it gave him the ''rest and relaxation'' his body needed and he was unconcerned with never having fought in this type of tournament before.

''I am back doing what I love and what comes easy to me so I am ready to stop talking trash and destroy Nansen, then destroy whoever comes next and destroy the one after that.''

Nansen (31) is the World Kickboxing Federation heavyweight champion with a record of 33 wins and five losses, three of those wins in boxing fights.

He weighed in at 107.7kg, and said he was ready to turn the tournament on its head.

''This is the biggest fight of my life and records mean nothing to me once I am in there,'' Nansen said.

While Rahman is the favourite, two-time United Kingdom prize fighter champion Michael Sprott (39) is a contender.

''For me it is about taking every fight as it comes, but fitness is crucial because with only three rounds you want to throw as many punches as you can,'' Sprott said.

Coe, who weighed in at 118.1kg, said he would not be going toe-to-toe with first-up opponent Alonzo Butler because he did not want the 134kg, 34-year-old American damaging him for other fights.

Coe said he had a plan for all opponents, and was stoked to be fighting in front of his home crowd.

The other quarterfinal fight is between New Zealander Kali Meehan (44) and Australian heavyweight champion Hunter Sam (29).