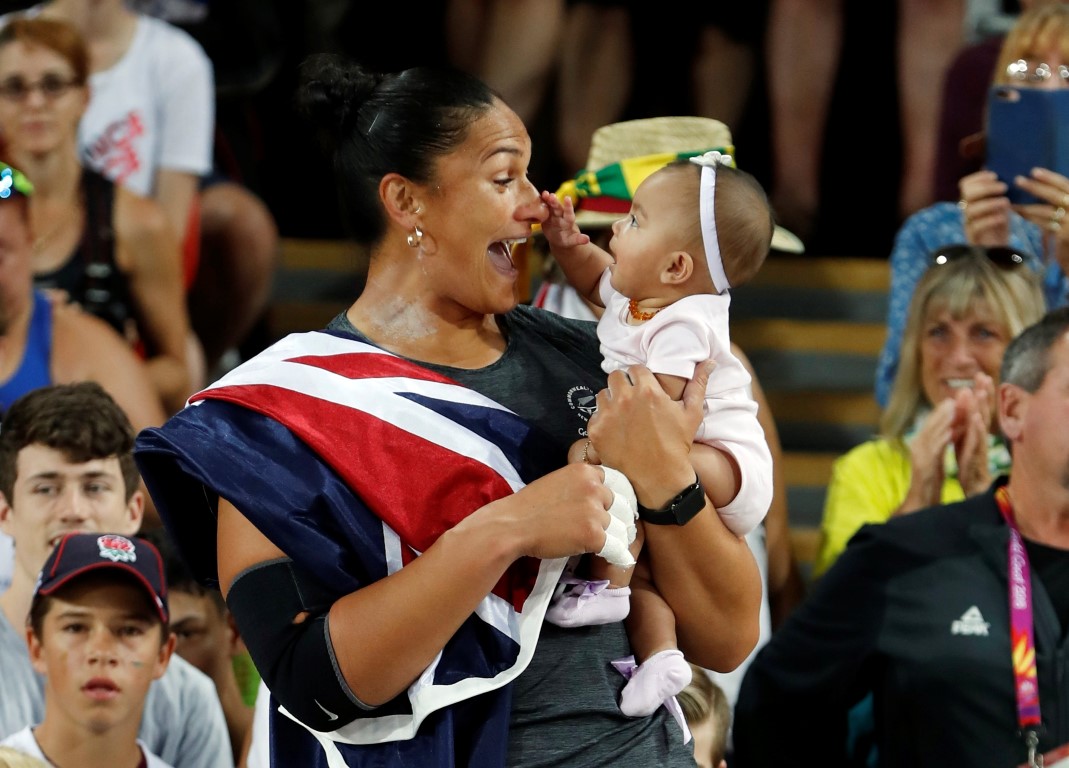 Cradling her baby daughter Kimoana in her arms, the 33-year-old was seemingly oblivious to the 35,000 fans at Carrara Stadium on Friday.

She was happy just to show her daughter what her mother does for a living.

Even if this time it was silver.

Jamaica's Danniel Thomas-Dodd had just spoiled the fairytale story of Adams becoming the first athlete to win their event at a fourth successive Commonwealth Games with a personal best and national record of 19.36 metres.

"It was a great fight," a teary-eyed but smiling Adams told reporters. "Danielle deserved to win out there. It was a great competition and I am honoured to wear the fern again."

The silver medal was still Adams' fifth in succession at the Commonwealth Games. She won silver at her first in Manchester as a teenager in 2002, then gold at the next three.

Despite the history books again beckoning -- she was only stopped from becoming the first woman to win three successive Olympic shot put titles in Rio by a last-gasp personal best from American Michelle Carter -- she had never really expected to compete at the Gold Coast.

She was far from her best on Friday, but given she only threw 17.83m five weeks ago to win her 15th New Zealand title progress was being made.

"I have been getting better and better," she said.

"I didn't realise the challenges I would face coming back. I didn't know what to expect. The only thing I did know was that I wanted to give this a good crack.

"Six weeks ago I was struggling to crack 16 metres so I must give massive bumps to my coach Scott Goodman. He has been nothing but phenomenal."

At 33, Adams is entering the twilight of her storied career, which also includes four World Championship titles, something she made mention of several times on Friday.

She has also undergone knee, ankle, shoulder and elbow surgeries since 2013.

Prior to the Gold Coast Games she said all she could focus on was Friday's final. What happened after that, happened.

She refused to be drawn on that future on Friday. Sleep was on the cards. Then celebrating with her family after Saturday's medal ceremony.

"This gives me encouragement to keep living the dream I have got. I don't know what I'm going to do next," she said.

"I can't be selfish anymore. It's not just me. I have to take my husband and child into consideration.

"(But) I've been in this sport for over 20 years and that right there (Kimoana) is my biggest gold medal."