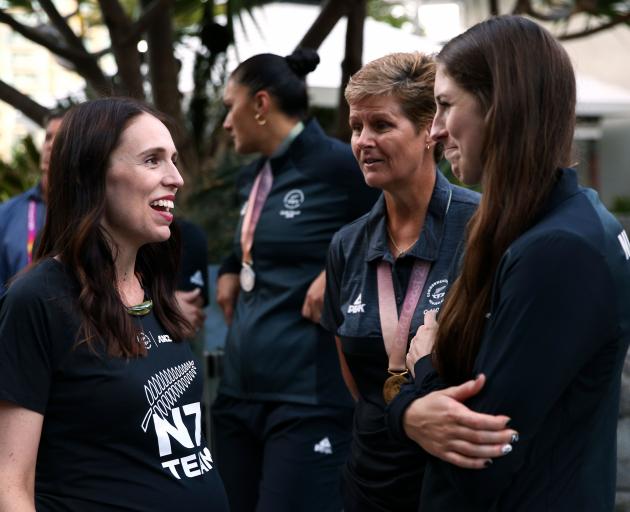 Hosting the Commonwealth Games is "not currently on the table'' for New Zealand, Prime Minister Jacinda Ardern said after she paid a flying visit to the Gold Coast event.

Ms Ardern was on hand to see the New Zealand women's hockey team stun the hosts 4-1 and take gold on Saturday.

"To see the jubilation on their supporters and spectators' faces ... absolutely wonderful,'' she told reporters afterwards.

New Zealand has hosted the Games three times: Auckland in 1990, Christchurch in 1974 and Auckland in 1950 when it was called the British Empire Games.

Birmingham will host the Games in 2022 and it has been suggested Christchurch could aim to host in 2026, which would boost the city as it continues to recover from the deadly 2011 earthquake.

It has cost $A2 billion ($NZ2.1 billion) in state, federal and local government outlay to host the Gold Coast Games, The Australian reports.

"There is no doubt large-scale events, like of course the Rugby World Cup - we are soon to host the America's Cup again - no doubt they bring economic benefit,'' Ms Ardern said.

However, the Government did not have a vision of anything the scale of the Games.

"We are refreshing our major events' look and strategy and that's something that obviously will probably be raised along the way but at the moment it's not currently on the table.''

However, the Government had no expectations on medal numbers.

"Ultimately my hope is that each athlete who has set their own personal goals fulfils them, whether that's medals or personal bests or national records. My hope is they come away satisfied with their games experience.

"I set targets on governments, not sports people.''

Bronze for Tall Blacks at Games