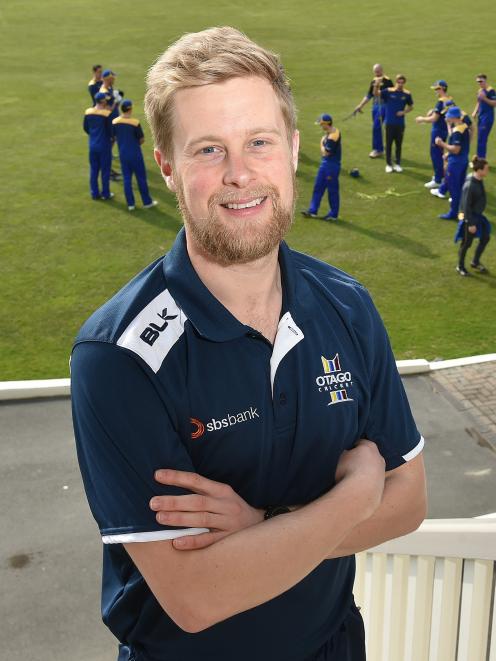 Adam Miles. Photo: ODT files
Adam Miles has not given up on cricket, he is just taking a different route.

The 31-year-old finished up as the talent development and player pathway manager at the Otago Cricket Association last week.

He had been working at the association in various roles since 2013 — the last two and a-half years as a fulltime employee.

Miles took on additional responsibilities this season as the Volts assistant coach.

With his background in sports psychology, he seemed destined for a long coaching career.

But that career is on the backburner for now. He has shifted to Winton to support his wife, Madeleine, who has returned as pharmacist in the family business.

The couple have a baby daughter, Elsie.

Miles, who played two first-class games for Otago in 2015 as a wicketkeeper, has picked up some part-time work for the New Zealand Netball Players Association as a personal relationships manager for the Steel.

His role is to look after player wellbeing and welfare in the franchise. And he remains open to opportunities in cricket.

"Hopefully, there might be something at Otago Cricket. And I’m still open to coaching opportunities, whether that is on the national level with the under-19 programme like I had through 2020, or even in Southland working with some of their younger aspiring cricketers.

"My passion is in sports psychology and I felt best placed to practise that in the coaching space initially.

"He basically restructured it ... and changed everything about the way we work with our young players ... and prepare them [for higher honours].