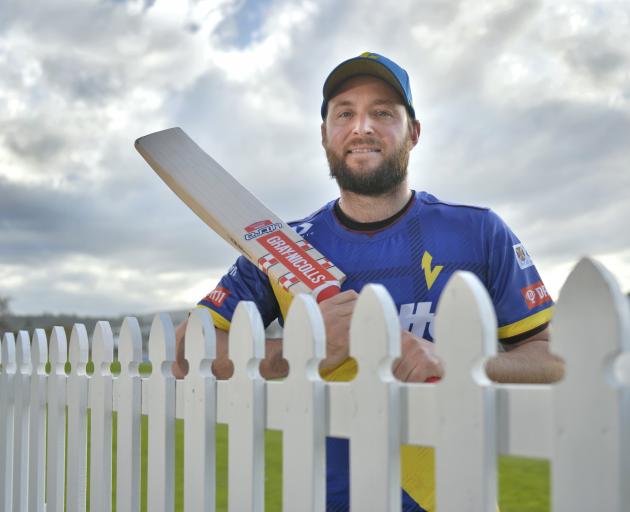 But after battling chronic back pain for the past four years, the Otago spinner accepts his career maybe over.

He just wants to leave the door ajar should his surgery go well.

The 33-year-old will fly to Auckland on June 3 for an operation the next day.

He hopes to be pain-free soon after and able to begin the next chapter of his life.

He will return to Dunedin where he lives with his partner, Sarah Rose, and plans to pursue a possible career in sales.

"It is tough to be constantly battling with my back and trying to get it sorted," Craig said.

"I don’t think anyone really understands unless they’ve gone through it. But it starts impacting your day-to-day life — you know, your mood and your relationships with other people.

"I wasn’t in a great place. It got to the point where I was resenting cricket in a way, and I love cricket.

"But the daily reminder of getting dressed in my Otago kit to come down to training to not be able to do anything really took its toll. And if I think long term with this back you want to be able to bend over and pick up your kid. "Cricket has given me a great life. I was fortunate to have been selected and play for New Zealand. But you need to look at the bigger picture and what life looks like after cricket."

That life could involve a career in sales.

"I’m following a few leads down that path, but what that looks like I’m not sure."

Craig moved to Otago from Auckland in 2007 to attend university and chase a Volts spot.

He made his debut for the province during the domestic twenty20 tournament in 2008-09.

The Volts won the title that season and Craig was supposed to play in the final. But the match was washed out and he finished the day being taken to hospital in an ambulance.

It was the beginning of an 18-month struggle with chronic fatigue. Craig battled his way back and forced his way into the Otago first-class side.

He picked up 22 first-class wickets for the Volts in the summer of 2013-14 and was a surprise selection in the Black Caps side for the tour of the West Indies in 2014.

Wellington spinner Jeetan Patel had turned down a spot, but Craig took his opportunity.

He claimed match figures of eight for 188 and was named man of the match — and also became the first player in test cricket to hit the first ball he faced for six.

It was a tremendous debut and he went on to play 15 tests and claim 50 wickets. He also scored three half centuries and finished with a very respectable test batting average of 36.81.

But a side strain forced him to return home from the tour of India in 2016, and shortly after that he was sidelined with a bulging disc which has troubled him ever since.

"I tried to play with a smile on my face as much as possible and I had a good time doing it.

"I always had the dream of playing for New Zealand and for that to become a reality and to take 50 test wickets, score a few runs here and there and help out Otago has been awesome."