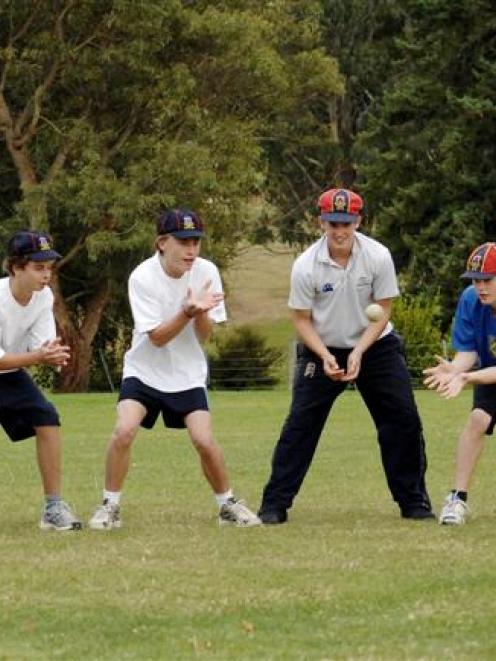 But there is a new player on the scene - John McGlashan College.

Better known for its academic achievements than its endeavours on the sports field, the college has emerged as a real force.

The school has just completed its best summer, with its year 9-10 team finishing sixth at the national age-group tournament and its First IX beating Southland Boys' High School in the southern regional final to clinch a berth in the finals of the Gillette Cup - New Zealand's premier secondary school tournament.

But the success has not simply been left to chance.

While the stars have aligned to a certain extent, with a group of talented boys gracing the corridors, the school, fed up with losing to the likes of OBHS, started a cricket academy in 2006.

MacKenzie, a stalwart of the Taieri Cricket Club, is an avid fan of the game and his encouragement has undoubtedly helped.

But MacKenzie puts the breakthrough down to the cricket academy and the school's willingness to back the programme.

"The academy has been going for about three or four seasons now and what we do is we contract out to Otago Cricket," he explained.

"The kids get specialist coaching from the Otago Cricket staff under Mark Bracewell's guidance.

"That is starting to bear fruits now.

"We always knew it was going to take three or four years before we started to see some results."

"But until we start beating Otago Boys' and King's consistently, there is still a lot of work to do."

The First XI finished third in the Dunedin second grade competition but its best result came with a rare win against OBHS and of course the fabulous win against Southland Boys'.

"It is the first time in the school's history we've made the Gillette Cup.

"So it is a big coup for the school. The key now is competing once we get there."

Where and when the 2010 Gillette Cup finals will be staged is still to be determined, but the tournament has traditionally been held in Palmerston North in early December.

As for future stars, time will tell.

But year 10 pupil Michael Rae shapes as one of the best prospects.

He is a strapping fast bowler with a solid action.