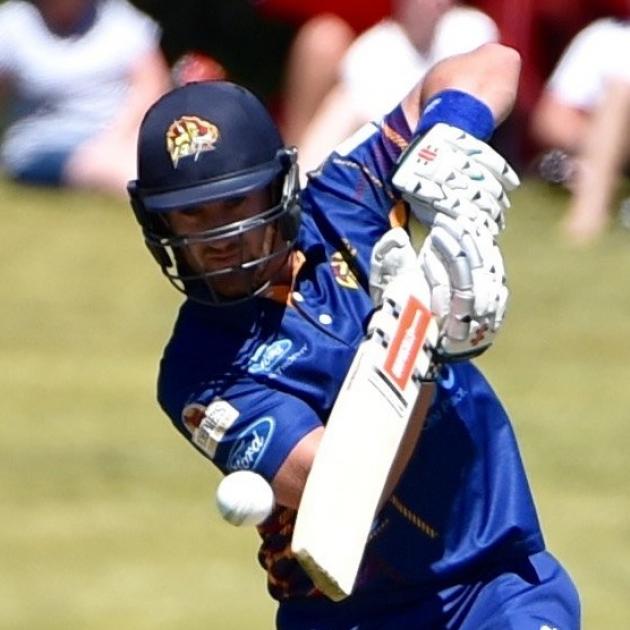 Broomy.JPG
Otago has received a huge boost ahead of its one-day match against Auckland today with Black Caps duo Brendon McCullum and Neil Broom coming into the squad.

New Zealand Cricket has cleared the pair to play for Otago after looking at the schedule and deciding there was enough time between the second and third match in the five-game series.

The clash is a rematch of last season's final and Otago coach Mike Hesson said he was overjoyed to have Broom and McCullum back.

"Broom has been released because he has not played much and Brendon is keen to play for us," Hesson said.

The return of Broom and the inclusion of McCullum has created a selection dilemma.

"I'm delighted to have them back. 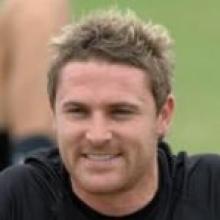 Brendon McCullum
"It certainly causes a headache, with the top order performing so well.

"It is a nice problem to have and any side with Brendon and Neil in it is certainly a high quality team."

McCullum will play as a specialist opener, which will probably mean the in-form Shaun Haig will miss out.

And with Broom returning, his replacement Hamish Rutherford will likely join Haig on the sideline.

Hesson said the final decision would be made this morning.

But if Haig was left out, it would be unfortunate.

He has been in good touch this season and could rightly feel hard done by if he does miss the cut.

"He has bounced back from a poor year last year.

"He got that very good 100 against Auckland in the last four-dayer and I think that just gave him a lot of confidence.

"He hits the ball as well as anyone. He is desperate, I know, to get a big, big score and win a game for us."

Otago has won its last two games and is keen to maintain its momentum.

Last year's beaten finalist Auckland has lost all four matches and will be desperate for a win.

While Otago has received a boost with two Black Caps coming into the side, Auckland international bowler Kyle Mills will not play in the match.

Current competition leader Central Districts will have Jamie How and Ross Taylor available for its match against Northern Districts at Palmerston North, but Jacob Oram has been ruled out with a slight Achilles injury.

Daniel Flynn will turn out for ND.

Wellington will get Mark Gillespie and Grant Elliott back for its match against Canterbury at QEII Park.

South African-born left arm bowler Neil Wagner starred for Otago in its seven-wicket win over Wellington at the Basin Reserve on Friday.

He took five for 34 in a brilliant spell of death bowling.

"It was very tough conditions, one of the windiest days I've ever played in and he was bowling into it at the death.

"He controlled where the batsmen were able to hit him and in the process picked up five wickets, which was a fantastic effort."