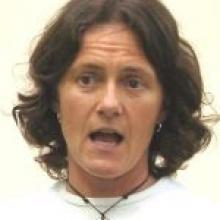 Clare Taylor
The Otago Sparks have to improve their depth if they are going to be more competitive in the future, player-coach Clare Taylor says.

Taylor, who took over the coaching from Geoff Rodden in 2005, said one of the major problems for the Sparks was their reliance on so few players.

If the likes of White Ferns Sarah Tsukigawa, Suzie Bates and Katey Martin missed out with the bat then the side struggled to put runs on the board and compete.

"When they don't score runs, it has a negative effect on everyone else in the team.

"The worst thing is the opposition know if they get those three out they're through us because unfortunately we don't have much to come. But we should do because the likes of Abby Kitchin, Tanya Morrison and Megan Kane have played a lot of cricket."

The Sparks made a poor start in the State League, losing four of their first six games. But they gradually improved and won their last four matches on the trot to improve to fourth place with five wins, four losses and one abandoned match.

Only bonus points separated second, third and fourth place and had the Sparks not dropped their first match against Auckland, they would have made the final.

The team bounced back to win the return match the following day by six wickets, but that first-up loss proved crucial in the final analysis.

The first Otago-Canterbury match was washed out and Canterbury won the second convincingly by six wickets. The Sparks then went to Wellington and were well beaten in both matches. It was the low point in the season, with the side scratching together paltry totals of 76 and 120.

In Invercargill, Otago had a morale-boosting one-wicket win over Northern Districts and followed that performance with a massive 111-run demolition of the same opponent the next day.

The final two matches were against Central Districts in Palmerston North. With the North Island side in line for a place in the final, Central was expected to be too strong for the Sparks.

But some magnificent batting by Bates and Tsukigawa helped shred the form book. The pair scored half centuries in the first match to help the Sparks to a one-wicket win and both scored 74 in the return match to set up a 24-run win.

Emma Campbell was a stand-out with the ball. The leg spinner was the tournament's leading wicket-taker with 24 scalps at 9.50. It was a fine achievement from the unwanted Canterbury player.

Without wanting to downplay Campbell's achievement, Taylor said she often benefited from some good work done by earlier bowlers and got some fortunate wickets with players hitting out towards the end of the innings.

Morrison, who claimed 12 wickets at 16.83 and went for just 2.83 runs per over, was arguably the better-performed bowler and certainly the most consistent, she said.

"Tanya bowled more consistently but Emma often took wickets at times when the pressure had already been built. I think she picked up a lot of wickets through pressure."