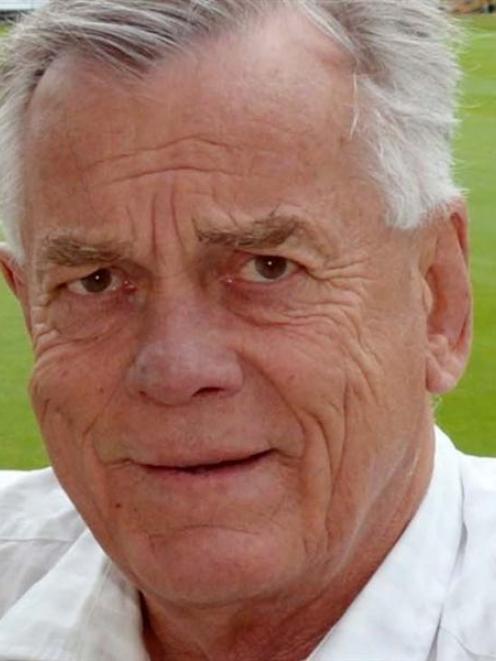 Ross Dykes.
More than 3000 tickets have been sold for each of the one-day internationals at the University Oval on Friday and Sunday.

The matches are the fifth and sixth between New Zealand and Sri Lanka in their seven-match series, which New Zealand leads 2-1.

''The interest in tickets has been very good in the last few days. I think in light of what's happened previously - Dunedin is notoriously good at rocking up on the day - I think we are pretty pleased with what's happening so far,'' he said.

Temporary seating has been erected on the western side of the ground to boost the venue's capacity to 5000.

With the start of the World Cup less than a month away, Dykes said the ''unique'' double-header was a ''great'' opportunity to showcase the University Oval and Dunedin.

''If we can have a pretty full ground both days, it's going to make a good impression on New Zealand Cricket for the future.''

Dunedin, which has never hosted an international double-header, missed out on a test this season, and Dykes is expecting fans to travel from around the region for a taste of international cricket.

''We normally get quite a few from around the province. They used to come down from Canterbury when there was no cricket there, but that might have changed a bit. But it's looking very promising,'' he said.

Dykes credits the amount of cricket the Black Caps are playing prior to their World Cup opener against Sri Lanka in Christchurch on March 14 - seven ODIs v Sri Lanka and two ODIs v Pakistan - for the double-header.

''If you're going to come to Dunedin, which is a little bit out of the way, to get two games out of the way on that visit is probably the economic way of going about it,'' he said.

''I think it's a big ask of a town of Dunedin's size to come twice in a weekend, but I think we might be pleasantly surprised.''

The MetService is forecasting fine weather for both games, with a high of 21degC for Friday's game and 18degC for Sunday's.

The last international action the University Oval hosted was in December 2013, when the Black Caps and West Indies drew a test.