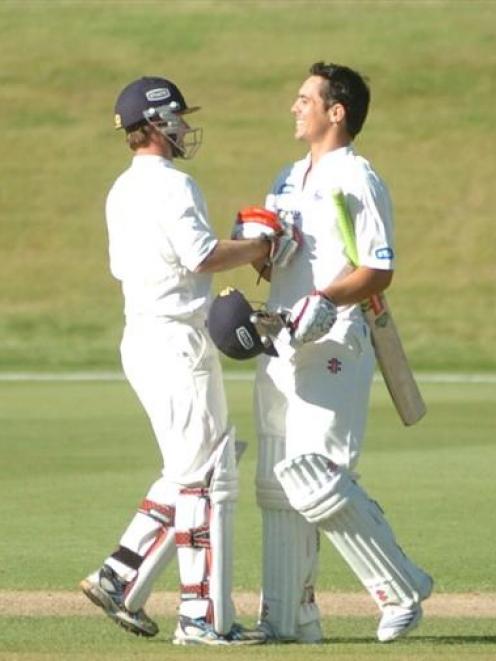 The home side was humbled by an innings and 84 runs and got a "lesson in patience", stand-in coach Mark Bracewell said.

Having been dismissed for 210 in its first innings, Otago struggled without experienced campaigner Warren McSkimming and bowling all-rounders Nathan McCullum and Ian Butler.

Auckland amassed 534 for seven and declared shortly before lunch yesterday.

Facing a deficit of 324 runs, Otago was 81 for one before losing three quick wickets.

It recovered to 191 for four but lost the next five wickets for the addition of just five runs.

Nick Beard, in his debut match for Otago, and Mat Harvie staged a spirited last-wicket stand, adding 44 with a flurry of boundaries.

That just underlined how good the pitch was, Bracewell said.

Leg spinner Tarun Nethula ended the resistance - and the match - a day early, when he dismissed Harvie for 11.

Bracewell described the loss as a "squandered opportunity".

"This was a pretty good batting wicket and the opportunity was wasted," he said.

"The toss was crucial because the pitch had been under the covers. But that does not excuse the second innings performance, because it flattened out to a pretty good deck."

"He is your line and length bowler and, in these conditions, would have bowled his 25 for 40 sort of thing. So we missed that, and that example of how to bowl with patience."

Bracewell said there were some positives to come out of the match and praised Beard for his debut first-class outing.

"Beard bowled very well and Leighton [Morgan] batted well in the first innings. But the guys will be disappointed."

The win has lifted Auckland into top spot with 27 points from six matches.

Auckland resumed yesterday at 428 for five and added 106 in quick time.

The declaration followed immediately after Young brought up his fifth first-class century off 147 balls.

Neil Broom's 79 was the only second innings score of note for Otago.

McKay snared four for 58 while Lance Shaw took three for 49.

McIntosh and Chris Martin played the first two days of the match before linking up with the Black Caps ahead of the three-game test series against India beginning in Hamilton on Wednesday.

They were replaced by Jeet Raval and Shaw respectively.