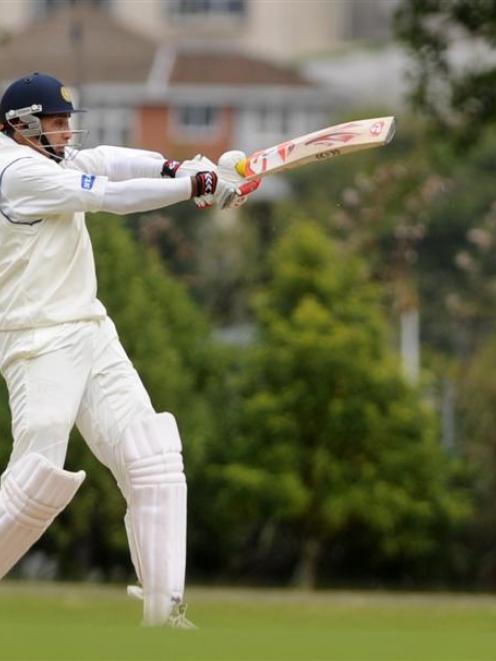 Indian superstar VVS Laxman hits the ball to the leg side during Otago's first innings in its State Championship match against Wellington at the University Oval in Dunedin yesterday. Photo by Peter McIntosh.
He might have scared the Steve Waugh-led Australian team out of enforcing follow-ons but yesterday VVS Laxman would not have frightened a mouse.

The classy Indian batsman was expected to occupy the spotlight in this State Championship match, but instead it was Wellington seamer Michael Burns who stole the show with an impressive four-wicket bag on a lively University Oval pitch as Otago capitulated to be all out for 174.

In reply, Wellington staggered to 94 for five at stumps on day one, leaving the honours shared.

Laxman earned a reputation as one of the world's best batsmen after scoring 281 to help India win a test which Australia seemed poised to win.

It was an innings which dented the all-conquering Australian side's confidence and was said to have made it reluctant to enforce follow-on opportunities.

Otago was hoping for something similar after it was reduced to 22 for two.

But the elegant strokemaker had a lapse in judgement and perished before he really got under way.

He did give brief glimpses of his immense talent, caressing the first ball he faced through the covers for two and, later, dispatching a sparkling pull shot for four off fellow India tourist Lakshmipathy Balaji.

But the 34-year-old laboured between the wickets and should have been run out on four. He also shelved a catch at first slip, dropping Luke Woodcock on four. And, disappointingly, on 20 he dangled his bat at a short wide delivery from Burns and guided the ball to Harry Boam at backward point.

While Laxman did not have his best day, Burns did. The Balclutha-born right-armer recorded his best first-class analysis, taking four for 41.

Burns' first victim, Hamish Rutherford, still looked in twenty/20 mode and tried to force a cut shot through point and was cramped for space.

With Otago reeling at 118 for seven, Warren McSkimming and Neil Wagner gave the innings a modicum of substance with a partnership of 56. That ended when Wagner flashed an edge.

Wellington wrapped Otago's innings up quickly after the tea break, with Mat Harvie bowled and James McMillan run out, both without scoring.

McSkimming played nicely but was left stranded on 39. He put that disappointment behind him and struck with the first ball of the innings, a delivery which rose sharply and took the edge of Matthew Bell's bat. Sam Wells completed a good catch in the gully.

Wagner struck in the next over, trapping Neal Parlane in front with a full delivery which swung in and nipped in off the pitch.

BJ Crook and Josh Brodie added 41 for the third wicket. Crook was in good touch but tried to whip a straight delivery through the on side and was bowled by Wagner, leaving his side further in the mire.

Nathan McCullum struck in the last over, removing Boam lbw for 10. Woodcock will resume today on 23 with Chris Nevin joining him.

• Scott Styris issued a "don't forget me" message to the national selectors as he rescued Auckland from trouble against Northern Districts yesterday, NZPA reported.

Styris, who has retired from test cricket, was unwanted for the current ODI series against India, which raised questions as to whether he would represent New Zealand again.

But Auckland was certainly grateful for his input at Cobham Oval in Whangarei as he scored 95 in the visitors' first innings of 277.

The host team was none for none when stumps were drawn early.

• Critics of the move to allow India's test cricketers time in the competition got some ammunition when Rahul Dravid plundered a century for Canterbury against Central Districts yesterday.

Dravid (102) relished the flat Rangiora surface, and new team-mates Michael Papps (127) and Johann Myburgh (102 not out) also notched centuries as Canterbury racked up 388 for five by stumps on day one.

Brendon Diamanti was the pick of the seven Central bowlers, taking four for 43 off 19 overs.

State of play
Otago was dismissed for 174 on a lively pitch, with bowling all-rounder Warren McSkimming top-scoring with an undefeated 39. In reply, Wellington stumbled to 94 for five at stumps on day one.

Key Moments
Classy Indian test batsman VVS Laxman had a lapse in concentration and spooned a catch to Harry Boam at backward point off the bowling of Michael Burns. 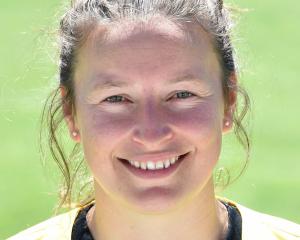 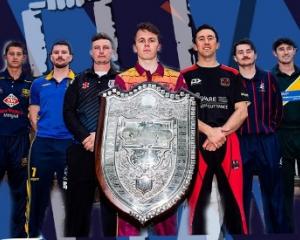 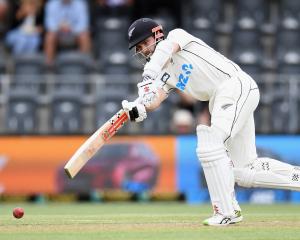 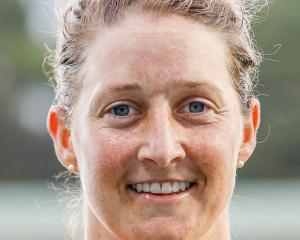 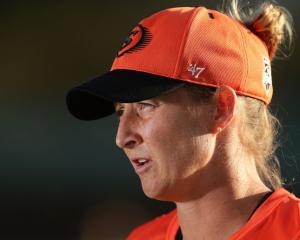