Dunedin gets SA test as DVML steps in 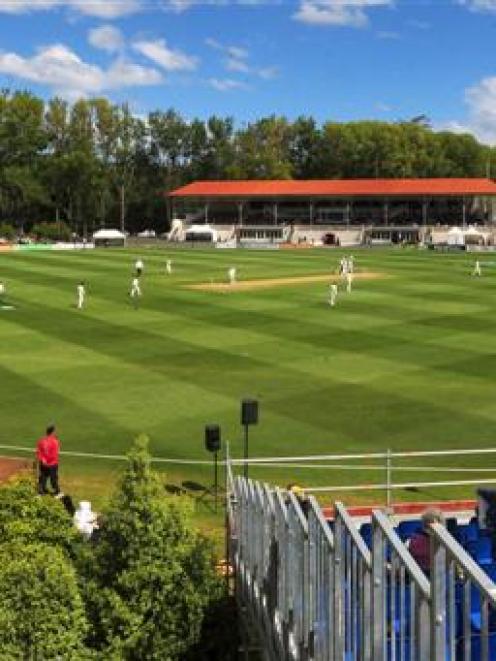 The matches will be played at University of Otago Oval.
Dunedin is set to host three international cricket matches in the next two seasons, and Dunedin Venues Management Limited is taking over management of the games.

The matches, to be held at University Oval, are a Black Caps test against South Africa next March and one-day internationals against Pakistan and England in 2018.

DVML chief executive Terry Davies said the matches would be managed by the council-owned company as part of a new model for the hosting of international cricket in Dunedin.

The new model intends to create a ''festival'' event to enhance the match day experience through the introduction of quality food and beverage offerings, entertainment and post-match activity.

''Working with New Zealand Cricket on the new model has been very exciting and to be able to offer this calendar of quality matches combined with the new focus on the event experience, we believe we have a recipe for success.

''DVML will have a collaborative approach with Dunedin City Council and the Otago Cricket Association in ensuring the best experience from players to fans,'' Mr Davies said.

New Zealand Cricket chief executive David White said it was ''delighted'' to have University Oval hosting the opening test for next season's series against South Africa.

''There has been amazing support of international cricket in Dunedin in recent years and we're hoping with the students back in town we can get some strong support for our boys in what will be a huge occasion against a tough side.''

The matches to be held at University Oval are: