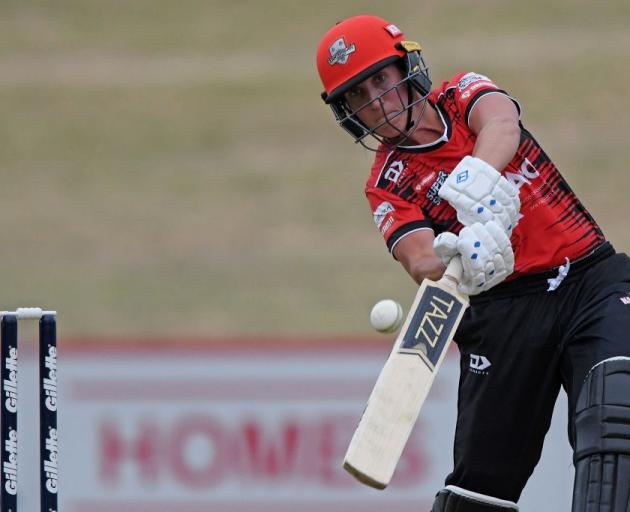 Kate Ebrahim bats for Canterbury. Photo: Getty Images
Former-Central Hind & Canterbury Magician, Kate Ebrahim (née Broadmore) has made herself available to be contracted to the Otago Sparks for the 2021/22 domestic season.

Ebrahim has appeared for the White Ferns on 70 occasions, highlighted by her selection to the 2010 ICC Twenty20 Women’s World Cup in the West Indies. She was recently re-called into the White Ferns T20 squad, after impressive showings in the 2020/21 Super Smash.

For the 29-year-old all-rounder, the move South represents an opportunity to support her husband in his professional career, all while continuing to achieve her goals in cricket.

“With Dion’s [Dion Ebrahim] appointment as Otago Volts Head Coach, and for him to continue to fulfil his ambitions, it is important that daughter Sophia and I are around as often as we can be” Ebrahim explained.

“From a playing perspective, I still have a massive drive to fulfil a number of cricketing ambitions. Therefore, making base in Otago will allow me to continue growing my game within an awesome Otago Sparks environment” said Ebrahim.

For Ebrahim, the opportunity to play alongside a youthful, energetic Sparks team was another incentive for the shift South.

“The energy and willingness of this young Sparks playing & management group excites me. We have a strong core group of ladies who have energy, experience, and will continue only get better throughout the season. On top of that, you add the world-class experience of Katey (Martin), Suzie (Bates) and Hayley (Jensen) which speaks for itself... how can you not get excited?” added Ebrahim.

The Otago Sparks will begin their official pre-season preparations for the 2021/22 summer in early October.